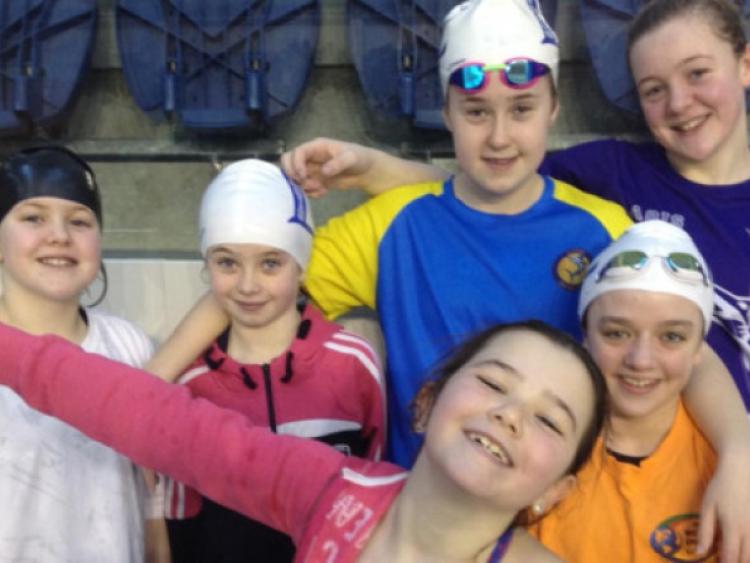 Laois Marlins continued their winning ways at the weekend when twenty swimmers competed at the Leinster Graded Gala in the National Aquatic Centre.

Laois Marlins continued their winning ways at the weekend when twenty swimmers competed at the Leinster Graded Gala in the National Aquatic Centre.

For the Leinster Graded Gala, all swimmers compete in grades from one to seven, determined by the swimmer’s previous best time. All Marlins were promoted to higher grades, and 13 medals were picked up along the way.

Despite competing against Leinster’s top swimmers, some as old as 20, 15 year old Marlin Jordan Overton, swam his way into the top grade in three events - 100M Free, 100M Breast and 100M Butterfly.

Also leading the way for his club was Ryan Flynn (14) securing a second IAG Division 1 Qualification Time in 100 Breast, and coming within 0.15 of a second for a 100 Back Stroke Division 1 QT. He recorded strong PBs in both events, and took bronze in the 100 Breast.

It was also a great gala for siblings Katie and Sean Donoghue. Katie ((9) recorded a very strong time in her first ever 100 Free, and a great PB in 50 Breast. Sean (12) shaved an incredible total of 17 seconds off his four events, and took bronze in the 100 IM. He was particularly pleased to break 1.20 in 100 Free.

The McMahon siblings also shone on the day. Nine years old Conor continued in his record breaking ways, and picked up two silver medals and one bronze. Zara recorded strong PBs in all three events 100 Free (-5), 50 Breast (-2) and 50 Back (-2) .

Another set of talented siblings- the Kenny Carrolls- put in fine performances at the gala. Sadhbh won bronze in 100 Free and 100 Breast. Christian shaved off nine seconds in 100 IM and also PBd in 100 Fly.

It was also a great gala for Jack Rouget who PBd in all of his three events, and took bronze in 100 Free. His younger sister Emma had a great gala too. With a six second PB Ben Wall broke 1.20 in 100 Free.In probably his best ever gala the talented swimmer also shaved off six seconds in 50 Breast.