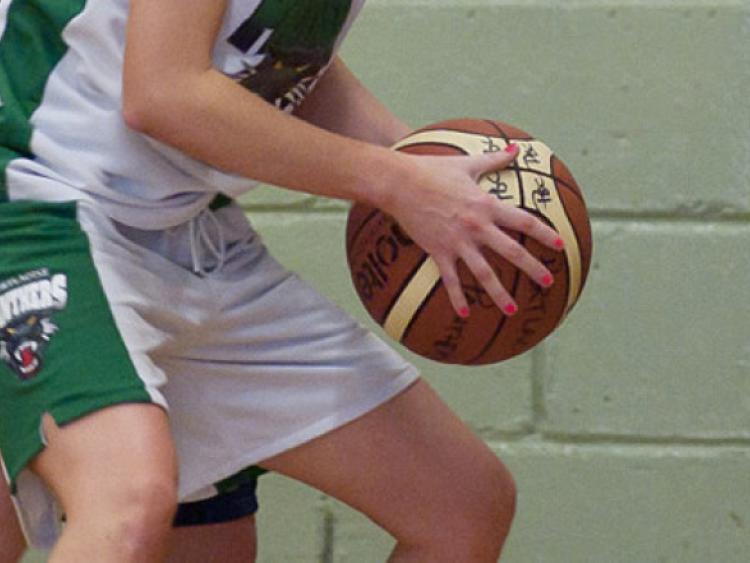 After a very successful season last year the Portlaoise Panthers ladies second team got their 2013/2014 Midland League season off to a fantastic start with a thirteen point win over local rivals Kestrels.

After a very successful season last year the Portlaoise Panthers ladies second team got their 2013/2014 Midland League season off to a fantastic start with a thirteen point win over local rivals Kestrels.

The game started with a very fast pace and it did not take long for Portlaoise’s Rebecca Kelly to make her mark in the first quarter as she scored a very impressive 11 points and on defensive she made her presence known to the opposition as she collected rebound after rebound.

Aoife Brennan’s vision on offense and determination to claim rebounds along with a superbly netted three point shot from Laura Fallon ensured that the Panthers had an eight point lead at the end of the quarter.

The girls from Kestrels put a lot of pressure on the Panthers in the second quarter but patience on offense allowed Gillian Hannigan in for a basket while Siobhan Lalor made her mark on the game by scoring six points increasing Portlaoise’s lead to nine points at half time.

Panthers started the second half of the game with Elaine Fitzpatrick pressurising the Kestrels defense and she also netted the opening basket of the half, while strong defense from Portlaoise’s vice captain Aoife O’Malley proved to be vital in Portlaoise’s quest to remain ahead at the end of the third quarter.

In the final quarter Portlaoise’s captain Emma Scully took control of the game from the point while also scoring a number of baskets. This kept the home side just out of reach. It was a great start to the season for the Panthers team and their new Coach Jack Scully with Portlaoise winning the game on a scoreline of 49 - 36.