Ladies get season off to perfect start in Kerry 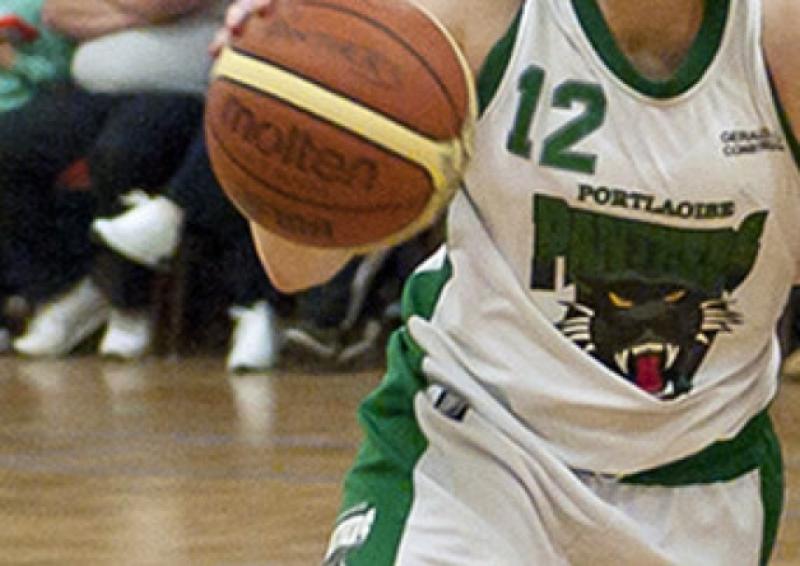 They faced the difficult prospect of an opening night away game in Castleisland, against the team that they lost on the road to in last years league campaign. Panthers had an excellent pre-season, reaching the finals of the Meteors tournament in September.

They are the only team outside of Dublin to reach the finals in the history of the Pat Clarke tournament and there have been a number of strong additions to this years panel.

The ball was thrown up at 7:45pm in Castleisland and a determined Panthers team got off to a solid start. A combination of outside shots and foul shots in the first quarter from Maeve O’Sullivan, Catherine O’Sullivan and Sinéad Melia put the Panthers ahead by two but a strong performance from Castleislands inside player Lorraine Scanlon kept them in touch and Panthers lead by just a single basket at the end of the first period.

The introduction of Sharon Regan in the second quarter gave Portlaoise a new focus for their offence. Regan drove hard to the board scoring three quick points and set Tracey Fallon up on the roll to the basket.

It was in the third quarter however that the Portlaoise ladies upped the intensity. The defence got tight to their players, began to help on the inside and forced steals which opened up lay-ups on the fast break. Sharon Melia and Tracey Fallon forced turnover after turnover and the strong play of new girl Nicola Farrell limited the Castleisland girls to five points in the third.

Panthers lead 40 points to 25 going into the last but they were under no illusions. They had been on the receiving end of Castleisland comebacks in previous seasons so were aware of what was to come. Castleisland began the quarter with a full court press and an aggressive man to man defence. This unsettled the Portlaoise ladies and a number of turnovers and easy conversions brought Castleisland back to within two points with three minutes left on the clock.

Portlaoise then lost their first choice point guard Maeve O’Sullivan on five personal fouls and it looked like the momentum was with the home team. The Panthers remained calm and began to pass their way out of the press. Sinead Melia drove strong finding herself on the line five times in the last quarter alone. It was this aggression and her dishes into Panthers other newcomer Sinead Nihill on the post that secured the victory for the Portlaoise Panthers. This was the first win for the ladies on Castleisland soil in their National League history.