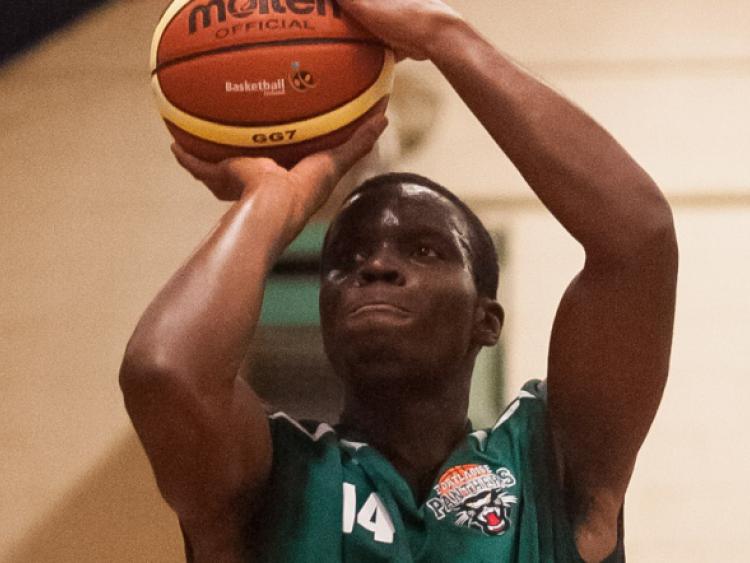 Portlaoise Panthers second team got their season off to a flyer on Sunday night at home to league newcomers Team Litpol Birr.

Portlaoise Panthers second team got their season off to a flyer on Sunday night at home to league newcomers Team Litpol Birr.

Panthers 2 are a young, strong squad and going by Sundays performance will be in with a chance of taking honours at the end of the season.

The home side got off to a brilliant start with Kevin O’Donoghue and Paul Leigh taking the game to the visitors inside the key. Team Litpol responded through

Edmundas Butkevicius scoring a lay-up and three pointer. Portlaoise were much the younger side and began to use this to their advantage as they ran the ball every occasion possible.

They slowly built an early lead with the help of an Evan Maher three pointer. Stephen O’Keeffe and O’Donoghue finished the home sides scoring in the quarter leaving Portlaoise eight points up at the end of the quarter.

The second quarter was a very even affair with both teams trading good baskets throughout. Portlaoise introduced substitutes early on and each player contributed to the score straight away with Mark Bartley scoring two baskets in a row followed by another great basket by Kyle Burke inside the arc.

Team Litpol were heading into team fouls late on and Robbie Mc Guinness and Jack Dooley added three points to extend Panthers lead to eleven points at half time on a score line of 37-26.

Lack of control in the play early on in the third kept the game close early in the final quarter and great rebounding lead to breaking moves drawing fouls with Jack Scully finishing from the line.

No real change in scoring proceeded with Evan Maher feeding the ball into the post and Kevin Donoghue and Scully finishing strongly. A massive three pointer from Sean O’Neill kept their lead intact. Another great steal from Jack Dooley put him on the line where he made one from two.

Jack Scully was also keeping the scoreboard ticking over with some great scores inside. Indiscipline in both defences brought the game to the free throw line with more than three minutes on the clock where both teams went point for point.

Paul Leigh showed his array of inside moves which kept the defense on their toes. Coach Peter Duignan had the luxury of rotating his squad with every player coming into the game and making his mark. Portlaoise kept Team Litpol to just seven points and led on a scoreline of 55-33.

With just over four minutes left the visitors closed the gap to just ten points in it. Another big three from Litpol number 10 left seven between them again but a great reply from Jack Dooley from the three point line kept the distance between them.

Excellent offensive rebounding from Scully created the opportunity for another basket but again Litpol number ten was keeping his side within reach with penetrating moves to the basket, either scoring or drawing the foul. Portlaoise kept their heads and worked through their offences and with Team Litpol on team fouls, the home team finished the game from the line. Panthers closed out the game on a final scoreline of 64-55.