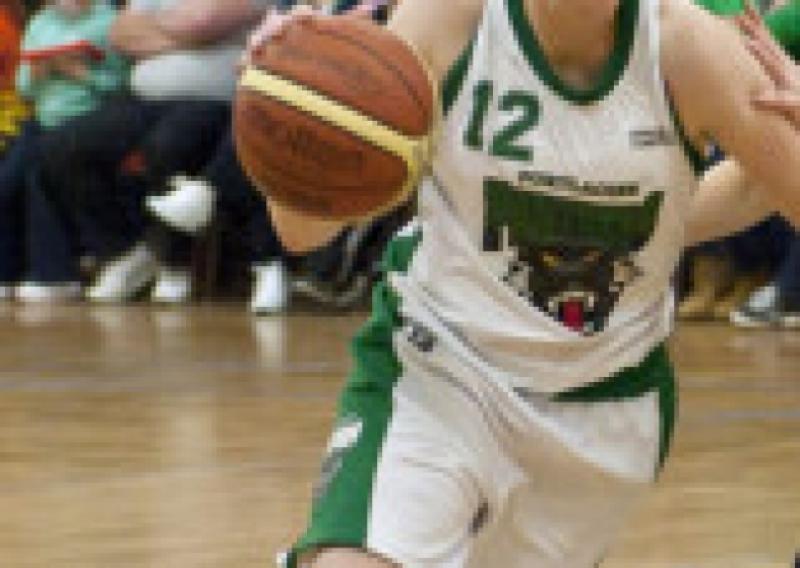 The girls U-16 kept their Kilkenny league title chance alive on Saturday evening last after defeating Wildcats by five points in a very exciting game.

The girls U-16 kept their Kilkenny league title chance alive on Saturday evening last after defeating Wildcats by five points in a very exciting game.

Having recently been defeated by the slimmest of margins by the same team the Portlaoise girls were determined to get a win. The Portlaoise girls had a dream start to the game holding their counterparts to just seven points in the first quarter while scoring sixteen points themselves.

Claire Melia had an outstanding performance scoring ten of the sixteen points in this quarter. Maeve Phelan picked up some great offensive rebounds and added four points to the Portlaoise tally.

The defensive display of the girls in the first quarter was outstanding and this was the big difference between the two teams. Shauna Vandendries and Maeve Phelan put huge pressure on the top of the key.

The second quarter continued in a similar manner with Portlaoise outscoring Waterford 10-4. The defensive dominance of the Panthers girls was causing problems for the Wildcats and they were struggling to get points on the board.

The Wildcats put on full court pressure in this quarter which caused some difficulties for the Portlaoise girls momentarily until they changed tactics and were able to beat the press. Aisling McCauley was a strong influence on defence in this quarter and Sekenat Shabowole got some crucial tips to prevent some easy baskets.

The first half definitely was dominated by the Portlaoise girls leading by fifteen points at the end of the half but the travelling team were not giving up and came out fighting in the third quarter. They outscored Portlaoise by a point in this quarter.

Orla O’Donovan picked up a very important three pointer when Portlaoise were struggling for scores. Some wayward passing by the Portlaoise girls in the final quarter allowed the Waterford girls to pick back some important points and with five minutes remaining there was only nine points between the teams.

Annie Fanning was very strong for the Wildcats and her quick hands on defence set up Beth Carton for an open layup which she scored to bring the game back to just seven points. Sekenat Shabowole scored for Portlaoise to give them a nine point lead again.

However Waterford continued to capitalise on some more mistakes by the Panthers and brought the game back to five points with 28 seconds left on the clock. The Portlaoise girls held their composure and showed great character in the dying seconds to keep possession and hold out. Well done to the girls. They will play on Thursday next 6th March against Old Leighlin in the Cup.