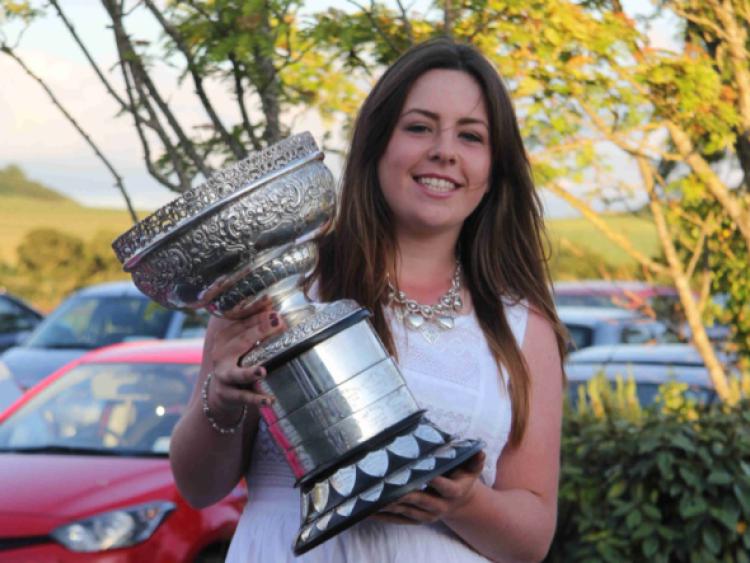 The Heath Golf Club and members of surrounding clubs will be celebrating with Mary Doyle and some of her International Team friends next Saturday October 4th.

The Heath Golf Club and members of surrounding clubs will be celebrating with Mary Doyle and some of her International Team friends next Saturday October 4th.

Mary is one of a number of Junior Girls from The Heath who have graced the fairways in Ireland and brought great success for themselves, their club, their province and their country in the past five years.

Mary, however, has reached the pinnacle of Irish Women’s Golf this year by winning the Irish Close Championship in Enniscrone. She is one of the youngest golfers ever to win the coveted prize and played magnificent golf on her way to winning the title.

Having already played on the Women’s Leinster Team earlier in the year her win in the Enniscrone earned her a place on both the Irish Girls’ and Irish Women’s International Teams for the Home Internationals in Donabate and in Aberdovey (Wales) in August and September this year.

Mary was selected for the trip of a lifetime, being part of a three person team to represent Ireland in the World Junior Games in Tokyo, Japan earlier this month. She is currently in Toronto, having been selected on a team of three golfers to represent Ireland at the world junior championships.

Mary at 18 years old, is already ranked in the top 400 in world amateur golf.

It is a great credit to the young girl, who is a pupil of Scoil Chriost Ri, Portlaoise, that she managed to find time to play on two of the most successful Ladies Teams in the Heath this year, bringing the Senior Foursomes Team to the District Finals in Rosslare and the Miele Fourball to the Semi finals stage.

Her friends Shannen Brown, Meadhbh Doyle (Portarlington) and Emma Hooban were crucial members of the teams. The Lady Captain Pat Lambe commented on Mary’s loyalty to the club “She is a credit to herself and to her parents Michael and Annette. And we at the Heath are so proud of her.”

Mary’s brother Adam is also an impressive golfer, playing off a handicap of 5 at The Heath.

Early entrants for Mary’s day are two young 13 year old superstars - Elisa Corcoran from Grange and Mairead Martin from Killarney - who are keen to join in a fun days golf at The Heath to celebrate Mary’s great year.

- 7th in Portuguese Open finishing with a 69, best round of the day.

- 2nd in Irish girls close and winner of leading qualifier. Shooting 71, 67, which was ten under par in qualifying.

- Winner of mid Leinster Girls Strokeplay for second year in a row.

- Winner of one Girls Championship each year for past four years.

- Ranked in the top 20 in lgu.org Order of Merit for Great Britain and Ireland

- Picked on team of three to represent Ireland Girls at World Junior Championships in Canada.