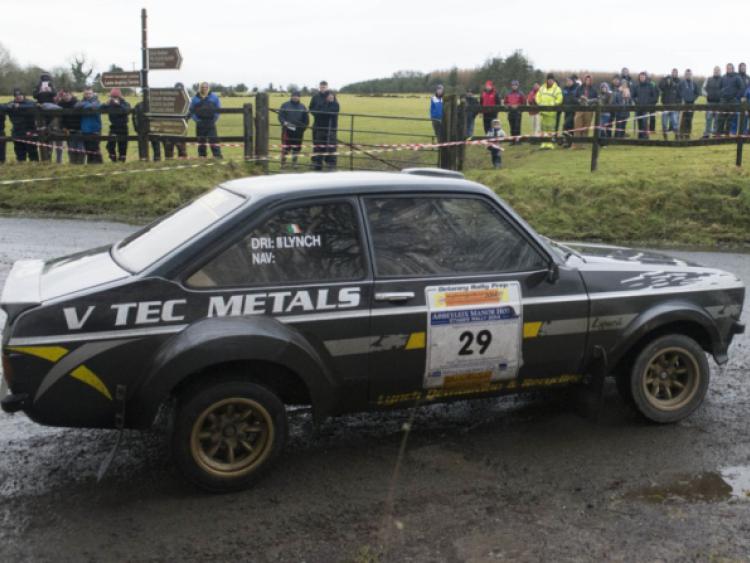 A new season and a new sponsor of the National Rally Championship unfold with the Abbeyleix Manor Hotel Rally on Sunday next.

A new season and a new sponsor of the National Rally Championship unfold with the Abbeyleix Manor Hotel Rally on Sunday next.

The organising team at the Birr Motor Club, under the stewardship of clerk of the course Bill Ryan, has attracted a capacity entry for the first round of the Triton Showers National Rally Championship with the event contributing an early season boost to the local economy.

Defending national champion Donegal’s Declan Boyle heads a cracking entry in his S12B Subaru WRC. He won last year’s series by a mere point and is set to begin the defence of his title on Sunday’s nine-stage event. Indeed, Boyle is aiming to become the first ever driver to win three national titles in a row. In event terms and given the high quality of the entry he will face a tough encounter in Abbeyleix.

His fellow countyman Donagh Kelly in a Ford Focus WRC has shown an impressive turn of speed in the last twelve months and will be ready for the challenge. So too will Fermanagh’s Garry Jennings (S12B Subaru WRC) and Armagh’s Darren Gass also in a Subaru WRC, both drivers are former Tarmac champions and their presence in Abbeyleix is a huge boost for both the Birr Motor Club and the organisers of the Triton Showers series.

Clonmel’s Roy White is the only non-WRC car in the top ten, he has finished in the top three of the national series for the past two seasons. Last year he came agonisingly close to winning the championship and only lost out to Declan Boyle by a mere one point. Despite much speculation, he will continue to use his 2.4 litre engined MG ZR.

Former National champion Peadar Hurson is also on the star-studded list, the Warrenpoint driver will compete in a Subaru WRC.

Maynooth’s Kevin Barrett and managing director of Triton Showers occupies the number seven berth in his S14 Subaru WRC and will be hoping that his championship trail begins well in Abbeyleix.

Donegal’s Declan Gallagher will debut the Toyota GT86 R3 car in Abbeyleix and that is likely to be the focus of much attention.

As expected, several members of the Birr Motor Club are also competing -Cloughjordan’s Willie Cavanagh (Ford Escort) and Nenagh duo Andrew Slattery (Peugeot 208) along with David Forde (Subaru) will all be aiming to impress. Club secretary Robert Nolan will co-drive for Waterford’s Mark Geraghty in a Vauxhall Nova.

Aside from its national status, the rally is also a counting round of the Top Part West Coast Rally Championship and the Loughran Signs Midlands East Rally Championship. The rally will be based at the Abbeyleix Manor Hotel, scrutiny takes place on Saturday afternoon at Oliver Stanley’s Service Station, Cork Road, Durrow.

The first car away from rally headquarters on Sunday morning is at 9am for the three-stage loop at Tullacommon, Molljoy’s Hill and Windsor. Servicing prior to the first stage and after stages three and six is at the Campion Concrete complex in Borris-in-Ossory. The finish ramp celebrations at the Abbeyleix Manor Hotel is scheduled for 5pm with the presentation of awards at 8pm.