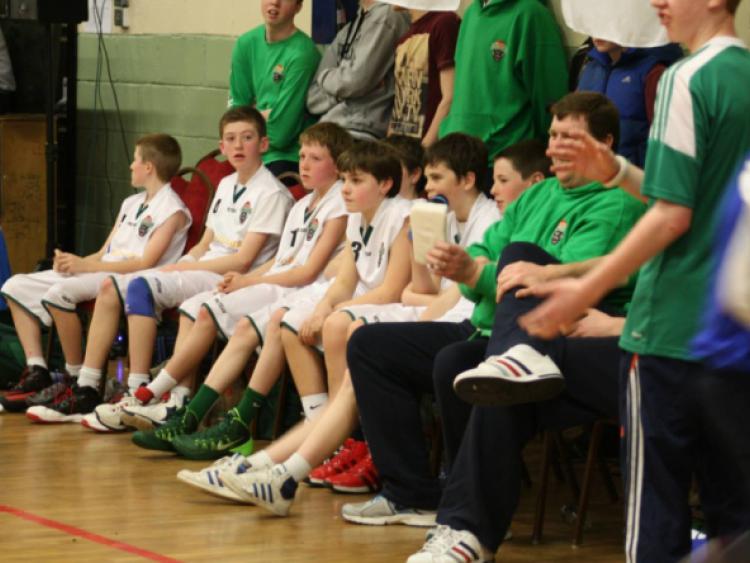 Portlaoise Panthers U-14 boys team travelled to Kilkenny on Tuesday night looking to bounce back straight away after their one point defeat in the Top 4 finals.

Portlaoise Panthers U-14 boys team travelled to Kilkenny on Tuesday night looking to bounce back straight away after their one point defeat in the Top 4 finals.

A big win in Kilkenny kept the teams hopes of league glory alive but out of their hands. Results must go their way for the lads to pick up their second league title of the year.

Portlaoise got off to a great start in this game with Dylan Phelan registering his teams first five points without reply. Kilkenny Stars replied through their point guard Mzoe Boston who cut through the defence to scores his sides first quarter tally of seven points.

Panthers continued to build their lead with a combination of break play from Darren Moore and Liam Keenan while Rian O’Connell added four points inside the key to give his side a 13-7 lead at the end of the quarter.

The second quarter was low scoring affair with Portlaoise looking a little tired following the weekends game. Turnovers from both teams along with some poor options taken in offence lead to the tight quarter.

A Gary Morrissey free throw was followed by baskets under the boards from Pierce Bolger Hinds and Trevor Swayne. Kilkenny replied with scores from Ben Purcell and Shane Purcell. Portlaoise took a seven point lead in at the break.

Kilkenny Stars were very much in the game at the half but Portlaoise still hadn’t got out of first gear at this stage. A few words of advice from their coach were listened to and from the first play of the quarter Portlaoise had stepped up their game.

Niall Carey sneaked in the back door to catch a great offensive rebound and was rewarded with the two points. Portlaoise were crashing the boards well in offence and another two rebounds from Bolger Hinds allowed him to add another four points.

Three pointers from Dylan Phelan and Darren Moore gave Panthers a commanding lead and great defensive play from all players was key to their big lead. Further scores from Carey and Keenan brought the quarter to a close.

The fourth quarter saw Portlaoise rotate the squad with the majority getting to see the court. Portlaoise were quick to break out on transition and baskets from Darren Moore and Thomas Maher put the game out of sight. James Phelan added his name to the scoresheet with two baskets following great screen play by Colm Byrne.

The games was finished up with Gary Morrissey hitting two from two on the free throw line. Portlaoise play host to Castlecomer in their last Kilkenny league game of the season tonight (Tuesdy night) hoping that other results go their way to keep them in with a chance of the title.

The team also look forward to a new experience in the All Ireland Club Championships this weekend in Inchicore as they qualified as Midland League champions for the first time ever.