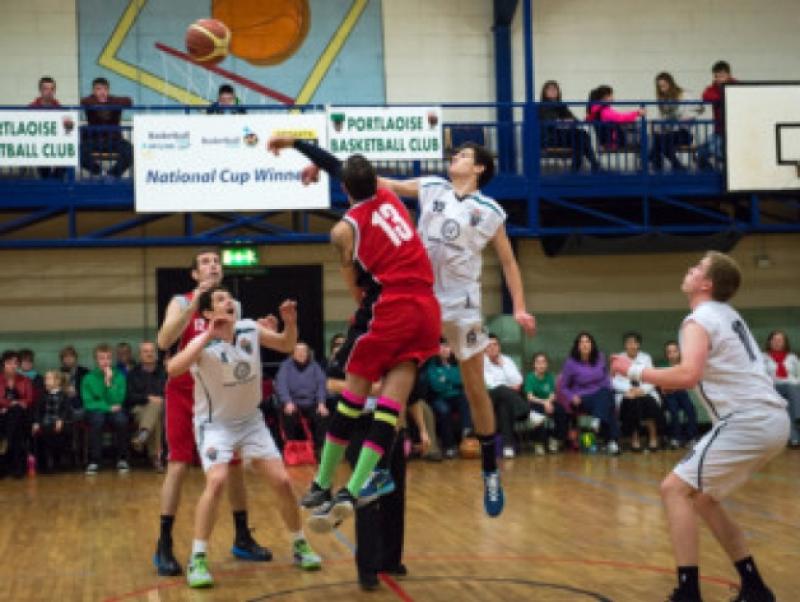 Team Club 23 Portlaoise and Kestrels Portarlington served up a classic in front of a large crowd in Portlaoise on Sunday evening in the Midland League Mens Division 1.

Team Club 23 Portlaoise and Kestrels Portarlington served up a classic in front of a large crowd in Portlaoise on Sunday evening in the Midland League Mens Division 1.

The much anticipated local derby provided plenty of drama and lots of good basketball in this ding dong encounter with Kestrels coming out on top.

Portlaoise opened the scoring with Craig Scully converting two free throws and David Glynn followed with a fine finish to move to four clear. Kestrels team captain Dan Debosz responded quickly for the Portarlington outfit but glynn hit another three under pressure to extend the lead for Portlaoise.

Greg Dunne replied with two lay ups and then four consecutive free throws from Jack Scully plus a jump-shot from Mark Bartley extended the lead for the home team further before Liam Guinan drained a big three pointer to kept Kestrels within two at the end of the first quarter, Portlaoise leading 16-14.

Great defence from Portlaoise put pressure on Kestrels throughout the second quarter and Kestrels struggled to get their game going. However any time either team looked like they might build a lead, the other team managed to find a score to stay within reach of each other. T

he Dooley brothers tacked on a couple of scores for Portlaoise either side of a long range three pointer from Evan Maher but again Kestrels responded with baskets from Guinan, Sean Smith and Glen Mitchell. Portlaoise led 30-26 at the half and the game was set up for a thrilling second-half.

Kestrels began to exert more pressure on the defensive end at the start of the second half. The resultant turnovers led to some easier scoring opportunities and Kestrels began to find their rhythm on offence.

Underage international Sean Smith was outstanding in this quarter scoring eight points on the trot to put Kestrels into a commanding lead. Portlaoise responded with a three from Jack Dooley and a couple of great finishes from Kyle Burke and Craig Scully. Kestrels finished the third quarter with Debosz, Mitchell, Dunne and Marchal adding scores to leave seven points between the teams in favour of the Portarlington side.

Kestrels extended their lead further with two more scores from Debosz either side of a brilliant three pointer from Juan Marchal. However just when it look like Kestrels were moving out of sight with a 13 pointadvantage, Portlaoise staged a dramatic comeback. Craig Scully and Jack Dooley finished two strong inside moves and the home crowd were sensing a comeback.

An unmarked Scully hit a three pointer to leave just three points between the side with four minutes remaining. But veteran point guard Juan Marchal capped an outstanding overall performance with three brilliant late scores and Glen Mitchell and Greg Dunne made sure of the result with another four points to ensure the 66-55 victory for Kestrels.

Best wishes from Kestrels and Portlaoise to Evan Maher who picked up a bad injury during their Mens Division 1 game on Sunday. Both teams wish him a speedy recovery.