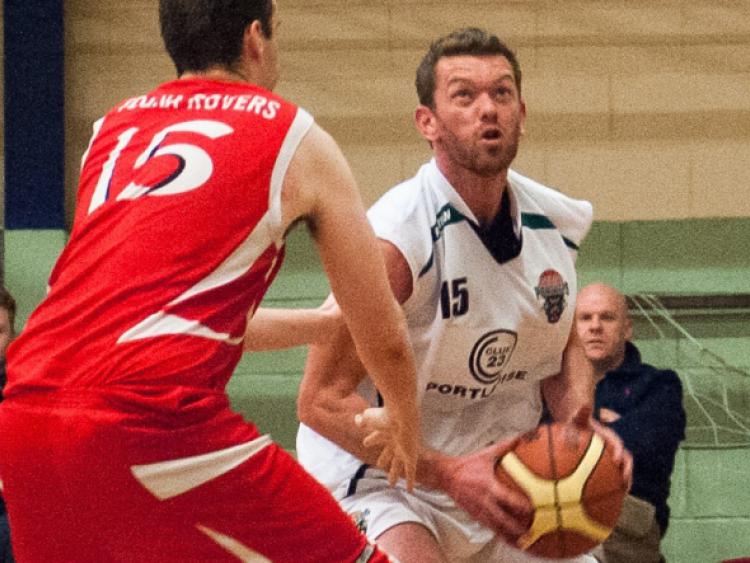 Club23 Panthers National League squad got their first win of the season last Friday night against Tolka Rovers to take their place in the quarter finals of the National Cup.

Club23 Panthers National League squad got their first win of the season last Friday night against Tolka Rovers to take their place in the quarter finals of the National Cup.

Portlaoise overturned their first defeat of the season against the same opposition in their best performance to date in front of the home crowd in a ten point win. This sets up an away tie against another Dublin side in either UCD Marian or Dublin Lions in December.

This win showed coach Julian O’Keeffe the potential in the squad going forward and all in the club are hopeful that the team can gel together for the upcoming games and turn the season around.

Portlaoise have in their armour the Leagues top scorer Stephen Danso and again he was a threat from start to finish showing his array of ability in scoring a massive thirty-one point haul with twenty three rebounds to back it up.

The first quarter saw the home side come out and set the pace of the game with Chris Higgins controlling proceedings from the point. Tolka Rovers were confident in their man-to-man defence but straight away Portlaoise found gaps in their play and punished the visitors under the boards with Danso and Greg Dunne the beneficiaries.

Portlaoise quickly opened up a nine point lead following two big three pointers from Danso. Panthers defence was holding firm and this was reflecting in the scoreline with Tolka held to just nine points in the first quarter.

In reply, another three pointer from Gedas Simkus gave the home side an eleven point lead going into the second quarter.

It was again Danso who continuously caused problems for the visitors with his sheer strength drawing fouls and sending him to the line. He quickly added four points from the line and was notching up an impressive tally early in the game.

He was ably assisted by Craig Scully who was beginning to show his promise up against 6’8 centre Mark Blanchfield which is no mean feat.

Tolka were beginning to find their rhythm as they worked through their pick and roll offence to great effect. Tolka Rovers were forced to change up on defence to counter the threat of Club23 main man Danso and this led to them fouling, sending Portlaoise to the line time and again. The home side were clinical from the line adding twelve points from the penalty line to extend the lead at the end of the half on a scoreline of 41-28.

Portlaoise were in the unusual position of leading at half time in a game of this standard and were concentrated fully on the task at hand.

Tolka came out strongly through David O’Beirne and Mark Blanchfield who went to work on the post players down low. The two men were not getting it their own way and Portlaoise’s defence began to force turnovers in this quarter.

Jack Scully re-entered the fray and quickly added a basket on the break to keep his side out in front late in the quarter. Two further threes from Danso and Peter O’Sullivan gave the home side the double digit lead they deserved and left them confident of retaining this lead going into the last.

Holding a seventeen point lead with ten minutes left would usually result in a big win for most teams but Club23 Panthers lack experience at this level which gives the opposition hope of closing big gaps even during the final quarter.

Tolka began the quarter by throwing everything at the hosts and point guard Cian Quinn began to find his range from well outside the three point line. The home side were cruising for so long but had now found themselves under a certain amount of pressure with Pierce Fagan balancing out Quinns great shooting exhibition.

Fagan’s energy saw him add three quick baskets in a row inside the key while Tolka were again finding it hard to hold off the pressure. Further baskets from the line saw the lead extended out to ten points at the end of the quarter.

Portlaoise’s defence was undergoing major pressure as they continued to put up three pointers and close the gap down below the double digit mark. But Panthers held their nerve for the first time this year and converted their free throws from the line to progress to the quarter finals of the National Cup.