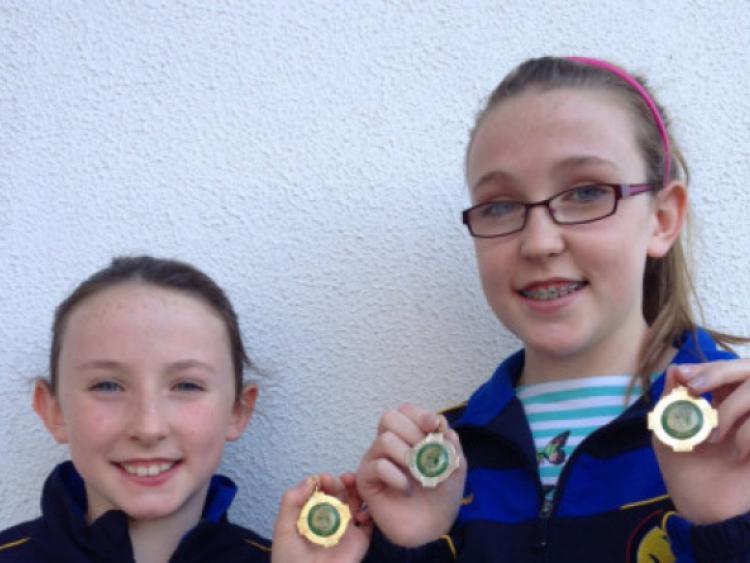 At the Leinster Graded Gala, hosted at the NAC, Laois Marlins Swim Club had its most successful gala to date, not only in terms of medals but also in terms of unprecedented participation, with 22 swimmers competing in 72 individual events.

At the Leinster Graded Gala, hosted at the NAC, Laois Marlins Swim Club had its most successful gala to date, not only in terms of medals but also in terms of unprecedented participation, with 22 swimmers competing in 72 individual events.

The benefits of the huge effort which has been put into training since early September were very obvious, with both junior and senior squad members recording tremendous times.

For the Leinster Graded Gala, all swimmers compete in grades from one to seven, determined by the swimmer’s previous best time. Almost all Marlins were promoted to higher grades, and 20medals were picked up along the way.

Despite competing against Leinster’s top swimmers, some as old as 20, 14 year old Marlin Eoin Donoghue, swam his way into the top grade in 100m Free and 100m Breast.

On the day the talented swimmer shaved a total of almost 15 seconds off times that were already very impressive. Eoin took gold in 100 IM and 100 Fly, silver in 100 Breast and bronze in 100 Back.

Also leading the way for his club was Jordan Overton (13) who shaved an amazing 30 seconds from his five events as well as taking gold in 100 Fly and silver in 100 IM. He too stormed his way into the top grades swimming against competitors much older than him. His powerful performances on the day resulted in an invitation to join club mate Eoin Donoghue at Leinster Squad training.

It was also a great gala for Christopher Carew who shaved off a total of 23 seconds from his three events, as well as picking up gold in the 100 IM. Thomas Martin took gold in 50 Breast and he too shaved over 20 seconds from very strong previous times. Mathew Doyle shaved almost nine seconds off to win silver in 50m Breast, and he PB’d in the 100M Free also.

Conor Donoghue PB’d in all his five events taking gold in 100 Fly, and bronze in 100 Breast where he shaved off almost 12 seconds.

Jack Rouget improved his 100 Free by 17 seconds and his 50 Breast by eight seconds. Christian Kenny-Carroll improved by eight seconds in 50m Breast and Conor McMahon recorded strong PB’s in all four events.

New member Conor Dwyer who only started with the club in September very much enjoyed his first provincial gala at the NAC, recording good times in 50M Back and Breast.

There were nine girls competing for Laois Marlins. Tyler Dolan won gold in 100 Fly and silver in 100 breast, shaving a total of 10 seconds from very strong previous times. Her younger sister Toni also took gold in the 100 Fly and shaved over 11 seconds off her 100 IM.