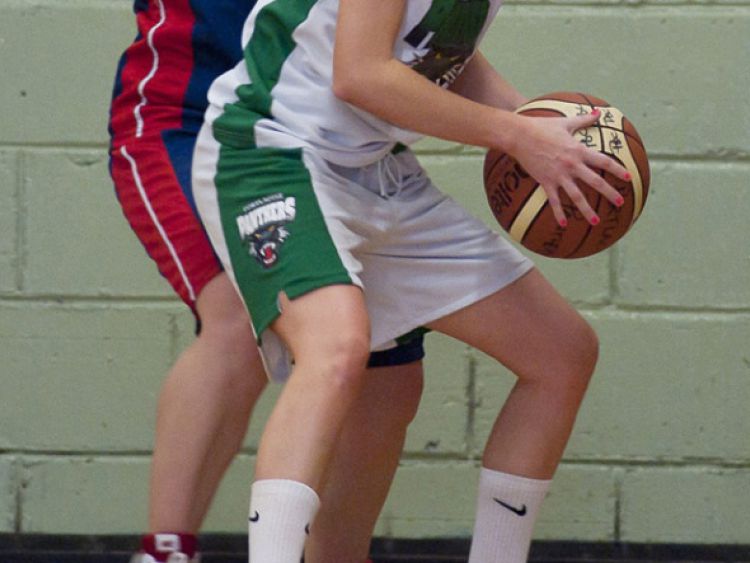 Portlaoise Panthers 2 took on Ballyroan 1 over the weekend in what was a very entertaining match for all in attendance.

Portlaoise Panthers 2 took on Ballyroan 1 over the weekend in what was a very entertaining match for all in attendance.

This was the Portlaoise girls first outing in the Women’s Division 1 after winning out Division 2 last year. The team is made up of a good mix of young and experienced girls.

The game began at a slow pace and it was obvious both teams were a bit rusty after the Christmas break. Both teams were struggling to find scores. Rebecca Kelly and Grace Delaney worked hard inside and were controlling the boards either end of the floor.

Danielle Keane and Emma Colohan hit some great shots from beyond the arc to get Portlaoise up and running. Some lacklustre defence let Ballyroan in for easy scores at the other end. The quarter ended with Ballyroan taking a slender two point lead.

The second quarter began with Coach Jack Scully running his bench with some great results. Shauna Burke and Aoife Brennan came in and hit a few big shots to get Portlaoise back in the lead, both teams really upped the tempo in this quarter and Portlaoise showed why they won Division2 with such ease last year.

The quarter ended with Portlaoise leading by four.

The third quarter was again end to end play and it became very clear that this game was going to go all the way; both teams were very evenly matched. Emma Colohan and Danielle Keane yet again hit some great shots from outside the three point line to keep the board ticking over for the home team.

Grace Delaney was fighting inside for every rebound and was punishing Ballyroan on the scoresheet on the offensive end. Aoife O’Malley came back into the game and hit two shots to open up a ten point lead for the home team.

The final quarter was a thrilling ten minutes of basketball for all in attendance. Ballyroan came back strong at the home team. Lisa Clancy and Ann Marie Troy hit some big shots to tie the game up with five minutes to go.

Grace Delaney and Rebecca Kelly came back into the game strong down the stretch making big plays both ends to snatch a three point win for the Panthers girls.