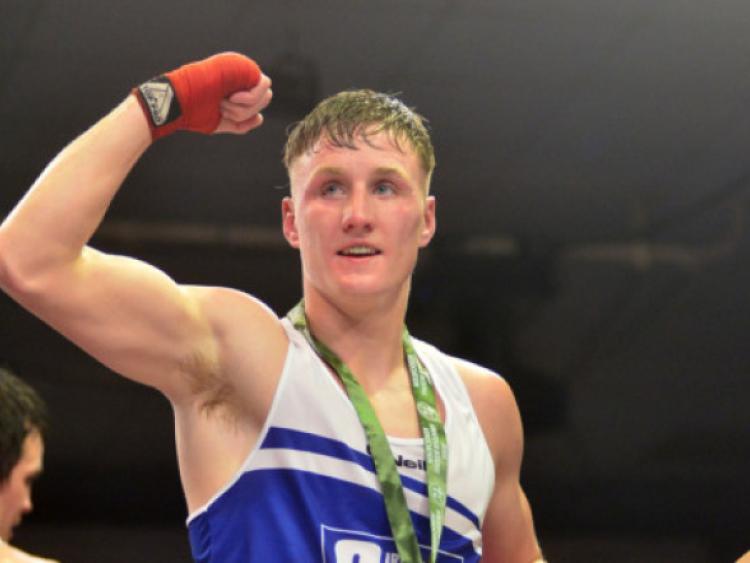 Portlaoise boxer Michael O’Reilly added to his growing reputation by claiming a silver medal at the European Union Boxing Championships in Bulgaria at the weekend.

Portlaoise boxer Michael O’Reilly added to his growing reputation by claiming a silver medal at the European Union Boxing Championships in Bulgaria at the weekend.

O’Reilly was competing in the Middleweight division (75kg) and only lost out in the final to frenchman Christian Mbilli Assomo on a split decision.

Up to that point everything had been going according to plan for O’Reilly, who won his first national senior title earlier this year.

In the opening round, he took on Slovakian fighter Henrich Bagan and cruised through the bout in a unanimous decision from the judges, who awarded him the win on scores of 30-25, 30-27 and 30-27.

That qualified him for the quarter-finals, and there was no let up from the Portlaoise man, who came up against a tough Georgian fighter Gocha Badvrashvili. Again, it was a split decision but O’Reilly came out on the right side of it , 2-1.

Now guaranteed at least a bronze medal O’Reilly met Balazs Bacskai from Hungary in the semi-finals and a split decision had O’Reilly through to the final.

Unfortunately for O’Reilly, the impressive Frenchman, a European Youth Champion at middleweight in 2013, proved a bridge too far, altough it was once again a very tight result, with another split decision separating the fighters at the end of the bout.