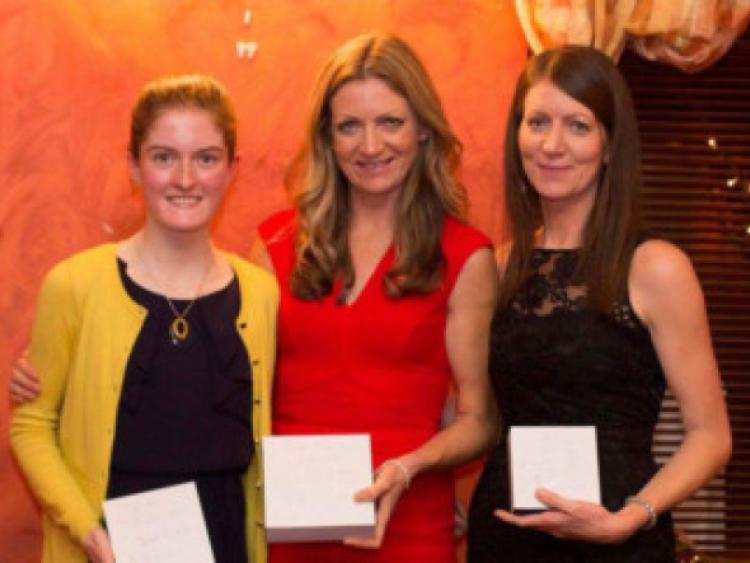 Nuparc Wellness is the brainchild of Ian and Teresa Wilson and is an extension of the successful training groups they formed over many years in the Middle East. Here they coached athletes of all standards right up to Olympic level.

Resident and retired in Killenard now, they have in excess of 20 local committed athletes on their books. These athletes span a wide range of ages and standards but are part of a single vision. They range in age from M50 Aengus Burke to up and coming juveniles like Avril Deegan, Louise Stack, Niamh Quinn, Domnhnaill O’Farrell, Rebecca Balfe and Dan Allen.

The Wilson’s encourage a training philosophy that is both modern, scientific and fully functioning.

Members of the group have had an outstanding year with many highlights and personal bests along the way. After a lovely meal it was time to present the beautiful cut glass trophies to the various winners. We had young Avril Deegan achieving prominence on a national scale winning numerous medals at provincial and All-Ireland level. Two undoubted highlights were her national silver medal in the All-Ireland Juvenile 1500 metres and her Leinster U-17 Cross Country win.

The Grant sisters, Paula and Sharon from Portlaoise, have improved their performances hugely under Ian’s tutelage with both sisters running 17.39 for 5k at the recent Jingle Bell’s run in the Phoenix Park. Paula qualified to run for Ireland this year in the M40 female category at the British and Irish masters international which was held in Nottingham.

The Hackett’s, Mark and Pippa, have embraced Ian’s training regimen and both have had individual success this past few months. Not that long in the sport, just like the Grants, they are enjoying a brand new healthy lease of sporting life.

The seasoned Tony Reilly ran 15.47 for 5k in Enfield earlier this year and this placed him at the top of the WAVA table for age graded performances over the whole year. He was followed by Aengus Burke and in third place was Jimmy McCormack who edged out Stephen Hunter with his final run of the year. Jimmy ran a fantastic PB of 4.55 for the mile race in Tullamore just before the Chrismas break.

The women were headed by Paula Grant with her 17.39 run in the Phoenix Park. Paula was followed by Avril Deegan in second and Sharon Grant in third. Stephen Hunter had a phenomenal year culminating with his second placing at the Leinster Intermediate Cross Country Championships down in Wexford.

Stephen’s talent has really blossomed under the Wilsons. Grace McConnell was the first to join Nuparc back in February and duly won her second consecutive Laois Senior Road title in early April and the group has progressed exponentially from this.

The trip to Bahrain must be briefly mentioned as it really was a trip of a lifetime for the girls picked to represent the group. In winning the female team race this fully sponsored trip paid rich dividends for the group.

Before proceedings drew to a close the athletes presented the Wilsons with a lovely framed montage of photos highlighting some action footage of their year together.. The whole group ethos is one of mutual help and group training whereever possible in a completely structured and scientific environment. This year promises to be an exciting year with many possibilites just over the horizon. Laois athletics is undoubtedly a brighter place with the Wilsons around.