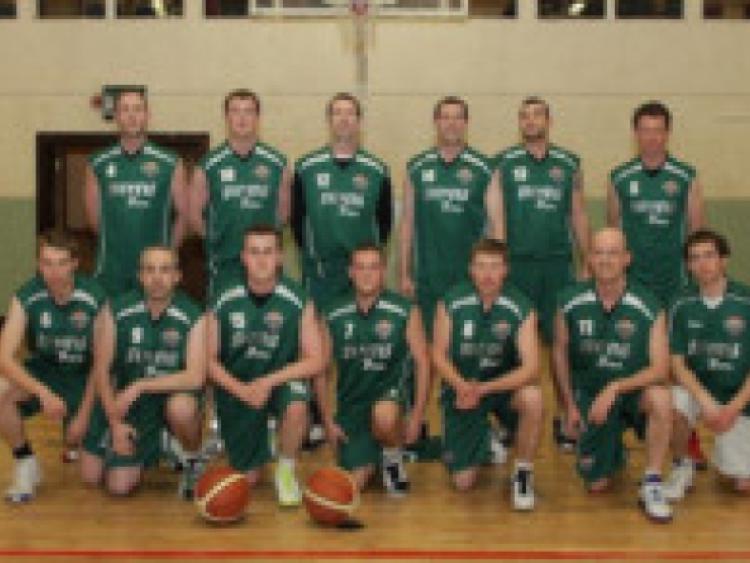 Team Silvers took on Longford Falcons in the Midlands Cup final on Saturday night in St. Marys hall and turned in an exhibition of team basketball to see off the challenge from Falcons.

Team Silvers took on Longford Falcons in the Midlands Cup final on Saturday night in St. Marys hall and turned in an exhibition of team basketball to see off the challenge from Falcons.

Longford came into the game on the crest of a wave after defeating fellow Panthers club side Team Coppers the previous night to set up the final encounter. After two highly entertaining semi finals on Friday night the crowd would have been happy with the home sides performance but disappointed with how easily Falcons were disposed of.

The first quarter was a very entertaining ten minutes with both sides on top in offence trading score for score both ends of the floor. Longford were first to register a score with Shane Murphy hitting a three pointer which was quickly cancelled out by Rody Mc Evoy.

The sides then looked inside to their big men for scores and Greg Dunne added two baskets with Shane Campbell replying for Longford with six points. Team Silvers finished strongly in the final minute to push the lead out to six points with Anthony Dunne rounding off the scores.

Team Silvers continued to pile on the pressure early in the second quarter as they worked on their inside game once again. Team Silvers sheer physicality was proving too much for the visitors as Peter Duignan, Dan Debosz and Greg Dunne accounted for their sides’ quarter total of twenty six points.

All three took the game to their opponents and either scored freely from play or were fouled and given the opportunity from the line. This was also damaging Longford chances for the rest of the game as their post players were racking up personal fouls putting them in further trouble.

At the other end of the floor great work from Silvers guards David Keane and Gary Donnelly limited the threat of their counterparts as they held them to ten points. Team Silvers were totally in control at the half on a scoreline of 47-26.

It would have been easy for Team Silvers to sit back allowing Longford back into the game but a stern talk at half time by the veteran players focussed the minds and the home side went out looking to push on again throughout the third quarter.

Every substitution added to the intensity on the court with both Shane O’Neill and Lorcan Dooley making an instant impression with outside shots to further push out the lead. David Keane was impressive on the point, creating his own scores and controlling the offence from the top of the key.

Dan Debosz further added to his own personal game tally of twenty six points with eight unanswered points to give Team Silvers a thirty six point lead going into the final quarter.

With the game well out of reach Team Silvers played with ease, rebounding under the boards by Donal Dunne setting up Gary Donnelly and Lorcan Dooley on the break. Longford kept up the fight with Mindis Lodz keeping the scoreboard ticking over. The home side looked to push for the hundred mark with Peter O’Sullivan and Shane O’Neill hitting late three pointers but they fell six points short as the won on a scoreline of 94-53.

This gives the club its first bit of senior silverware of the season and now both the men’s and women’s teams look to push on and bring more into the club by the end of the year.