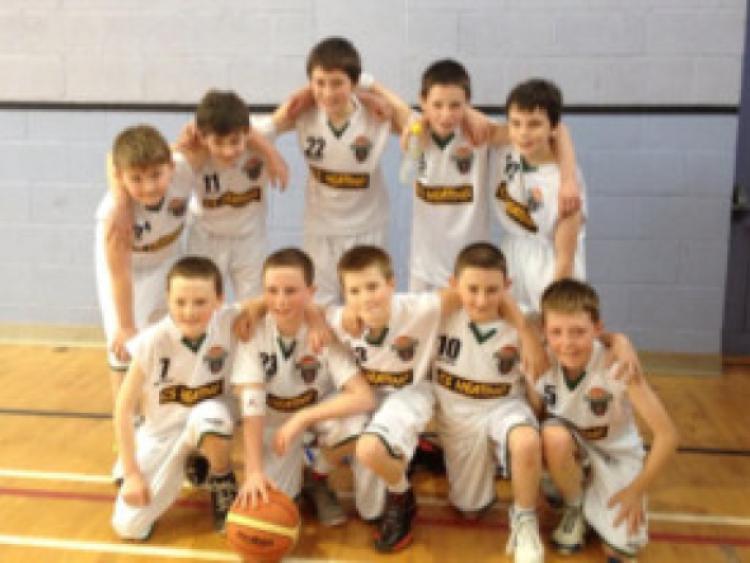 The Portlaoise boy’s U-12 basketball team travelled to Portarlington to play local club Kestrels in the Midland Area League Final.

The Portlaoise boy’s U-12 basketball team travelled to Portarlington to play local club Kestrels in the Midland Area League Final.

Kestrels started the better with early baskets from Conor Montique and Eddie Allen. Portlaoise were slow to put points on the scoreboard despite good work from Eddie Critchley and Stephen McCabe.

As the game went on there was little or nothing between the teams with both playing well. Portlaoise continued battling for every ball and were rewarded with baskets from Colm Byrne and their ball handler Ben O Reilly but it was Kestrels who edged out in front by four points with good work from Ned Ryan and Pierce Hinds.

The second quarter saw the game really come to life with both teams exchanging baskets, Garry Morrissey and Jordan Dunne scored for Kestrels while Rian O Connell and Dylan Phelan replied for the visiting team. As the quarter went on this was turning out to be a fine exhibition of basketball from two well-organised teams.

Portlaoise came back to within two points as the halftime whistle approached thanks to Rian O Connell who put an excellent nine points on the scoreboard in this quarter alone.

The second half saw Kestrels extend their lead thanks to baskets from Pierce Hinds and Ned Ryan. Portlaoise kept the scoreboard ticking over with baskets from Darren Moore and Ben O’Reilly. As the quarter went on the tension was growing as both teams battled for every ball,

Portlaoise were unlucky not to score on a number of occasions down the floor despite good work from James Connolly and Stephen McCabe. Kestrels on the other hand made the most of their opportunities to open up an eight point lead.

The last quarter saw Portlaoise get a couple of quick baskets from Niall Carey and James Phelan to bring them right back into the game. Portlaoise received a set back when their big man Rian O’Connell was forced out of the game with an injury, but it seemed to spur on his team-mates.

They went on a full court press that Kestrels could not cope with and in the next few minutes Portlaoise put ten unanswered points on the score board thanks to baskets from Niall Carey and Dylan Phelan. The end of the game saw Portlaoise show great composure as they controlled the ball to run down the clock for an historic win that saw the club win their first U-12 boys title since the Midland Area Juvenile League started four seasons ago.