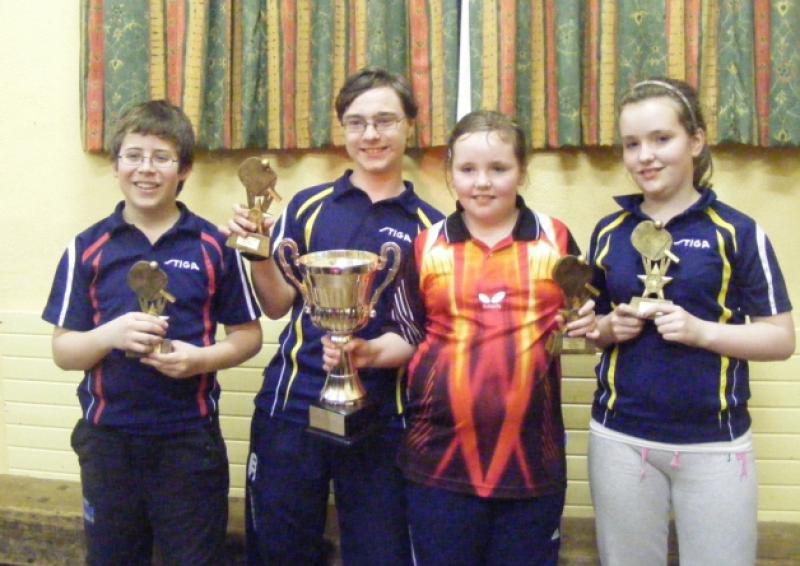 Castletown Community Centre was the venue for the annual league tournament and presentation night at the end of another Starball League season of competition.

Castletown Community Centre was the venue for the annual league tournament and presentation night at the end of another Starball League season of competition.

The event served up a fine exhibition of Olympic Table Tennis with a mixture of the old warriors and the new kids on the block.

Kariem Sabire, John Finn, Kristopher Karcheski and many more were up against the 12 and 13 year olds such as U12 national champions Kate Whelan and Dylan Grace, Scott Jestin and Para jun champion Paddy Vaughan.

The abilities of Leanne Delaney and Amylou and Jessie Hayes have, like Whelan and Grace, taken them to international glory. All in all there was a great mix of talent on the night.

As the finals approached and the pressure became more intense, it was down to the master Kariem Sabire and the pocket rocket Dylan Grace to do battle in the A final. Sabire displayed a game of such strength,style, power, pace and placement that Grace could not cut through no matter how hard he tried and so the gold went the way of the man from Moate.

In the B final it was again a battle of many ages with the brilliant Paddy Vaughan and the very constructive Edward Thompson who was making a big impact on his return to the sport after a few years away. The steely determination and will to win of Vaughan coupled with a magical touch and a powerful precision forehand was enough to overcome Thompson in a close and entertaining final.

In the C final it was down to the over 30s where Marty O’Brien and John Thompson provided the entertainment with O’Brien hitting the higher notes on this occasion.

Division 1 was won by the Killermogh team of Raymond GeeTrevor Martin and Des Shirley. Runners Up were the Tullamore team of Shane Boothman, Ken Ridsdale, Dinese Hayes and sub John Armitage.