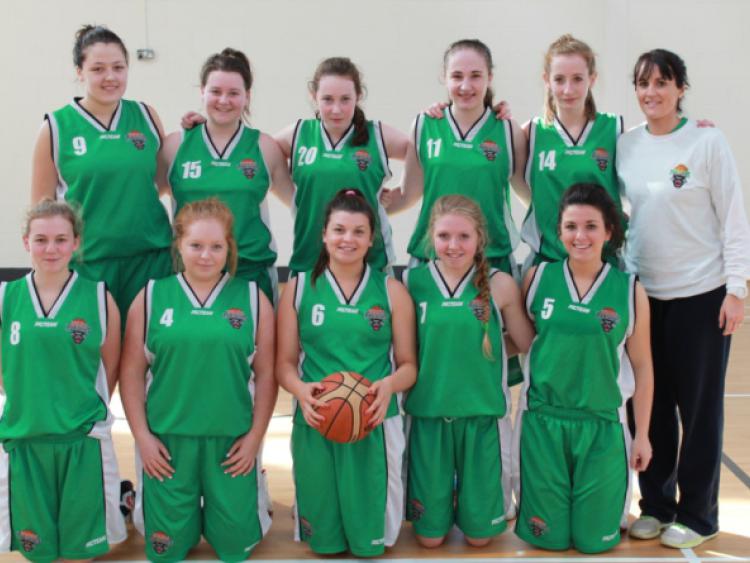 Portlaoise Panthers Basketball Club will be participating on the national stage with both the men and women teams taking part in the Division 1 National League.

Portlaoise Panthers Basketball Club will be participating on the national stage with both the men and women teams taking part in the Division 1 National League.

This is a first for the club and indeed the town and is a massive achievement for the club as it is only in existence since 2006 under the Panthers banner.

Both the men and women players are no strangers to this level of basketball as the Ladies side reached the play-offs in their first season last year while the Mens side made the play-offs for the first time two years ago.

Basketball in Portlaoise has seen a massive increase in participation over the last few years thanks to the dedication of the officers, players and coaches of the club. The clubs home court of St Marys hall has seen so many great battles down through the years and every club member will be biased in their opinion that St Marys hall is hard to rival on a National League Saturday night.

It’s not too long ago that the big games in St Marys hall drew crowds in their hundreds to see the best that Portlaoise had to offer against some of the biggest names in Irish basketball. It is the clubs hope to regain these big nights with the crowds on the edge of their seats.

The Mens National League squad will start their season off with a home fixture this Saturday night against Dublin giants Tolka Rovers. Portlaoise Panthers mens side have a great mixture of youth and experience this year with veterans Greg Dunne, Rody McEvoy and Peter O’Sullivan looking to guide the younger players such as the Scully brothers Jack and Craig, Denis Curtin and Jack Dooley, who is stepping up to this level for the first time.

The side has also brought in coach Julian O’Keeffe from outside the club who will bring his own ideas and experience at this level to the set up. The club have also the luxury of bringing in a few players from surrounding areas and players such as Kevin Donoghue, Pierce Fagan and Paul Leigh have added strength and depth to the squad.

The club are also delighted to welcome Stephen Danso to the club. Stephen will coach in our underage set-up while playing with the National League squad. Stephen is a 23 year old graduate of Coventry University and an immense talent who will only bring on the club’s underage players while bringing his skill, athleticism and strength to the court each weekend.

This weekend’s game will be a tough opener but the whole squad are looking forward to getting started and a win at home would be a dream opener. Tip-off is 7.30pm this Saturday night so get down and support the club in the opening fixture.

The Ladies National League team begin their season this weekend with a tough away fixture in Castleisland on Saturday night. The ladies team had a great first season last year making the play-offs and just losing out to the League champions.

The squad regains its strong backbone of club players with the O’Sullivan and Melia sisters in their ranks. The squad have lost a number of players this season but have strengthened from within with Sharon Regan, Michelle Hart and Jackie Coleman stepping up to the National League stage for the first time.

The coaching staff of Peter O’Sullivan and Nacola Nerney has had a great pre-season with the team and are looking to go another step forward this year and challenge for titles. Again this side are a joy to watch and their quick break play is balanced with great shooting in offence. Anyone wishing to see this great Panthers Ladies team will have to wait until Sunday 20th October in St Marys Hall when they play host to Tralee Imperials, winners of the League and League Cup competitions last year at 5.15pm.