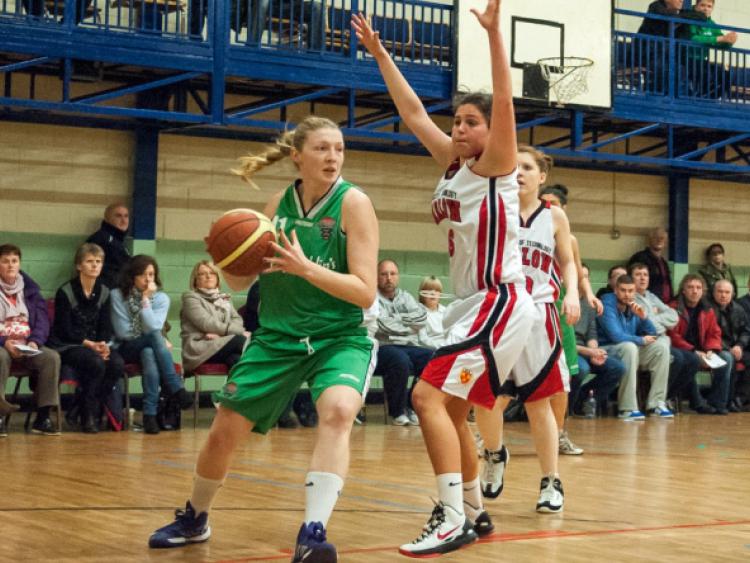 The Portlaoise Ladies hoped to finish off an exhausting but positive run of matches knowing that a win against Longford Flacons would put them in the cup final.

The Portlaoise Ladies hoped to finish off an exhausting but positive run of matches knowing that a win against Longford Flacons would put them in the cup final.

Four matches in six days was always going to be tough but these girls love a challenge. They kicked off this heavy schedule with a win against Clonaslee which put them into the Cup semi final.

This was followed by a comprehensive win away to Moate in the league. The derby clash of Panthers and Carlow I.T followed soon after where once again the girls had a commanding and impressive win to keep them top of the National League standing.

A place in the Cup final was what Panthers wanted to finish off this impressive string of victories but Longford Falcons stood in their way. A well rehearsed and clinical team, these two had many battles over the years and they knew this would be another.

Panthers started brightly and pushed the ball fast to get some lovely scores from Sinead Melia and Maeve O Sullivan from their classic fast break game.

Sinead Nihill was in superb form collecting rebounds and was a double threat in offense crashing the boards or shooting from the high post and Longford found it hard to contain her. In return, the well executed moves of Edel Cadem from Falcons proved too hard to handle at times and the first quarter ended 21-15 in favour of the Panthers.

The second quarter was a tighter affair with both teams displaying their fight to be in the cup final. Falcons were fast and physical and Gemma Kirwin and former Panthers player Aoife Donoghue providing them with some lovely scores.

Grainne Tomlinson came off the bench and made an instant impact with a drive to the basket off her very first offence.

Captain Sharon Melia worked hard in defense and chipped in with some vital scores as did her name sake, Sharon Regan, displaying her normal ‘never say die’ attitude. The half time score read 41-34 to the home side with it still all to play for.

Longford resumed the second quarter with even more vigor and chipped away at Panthers lead to begin what was a very exciting third quarter.

Jackie Coleman and Sharon Melia continued to fight both ends of the floor. Eimear Dooley was impressive and the stalwart Helen Flanagan worked tirelessly in defense but as soon as they closed in, Panthers found fifth gear and with a hard working man-to-man defense, spectacular pin pointed passes from Catherine O Sullivan and faultless finishing from Sinead Melia, Portlaoise pulled back in front with an 11 point lead 58-47.

The final quarter was once more a display of quality and unquestionable desire to be in that final on January 5th as Panthers exploded out of the blocks, holding Longford to a mere five points while they accumulated nineteen points from the ever industrial Nihill, Melia’s and O Sullivans.

The final score read 77-52 and with a four from four return from this busy week, Panthers will look forward to next weekend when they meet Tom McCarthy Castleisland for their final national league game of 2013.