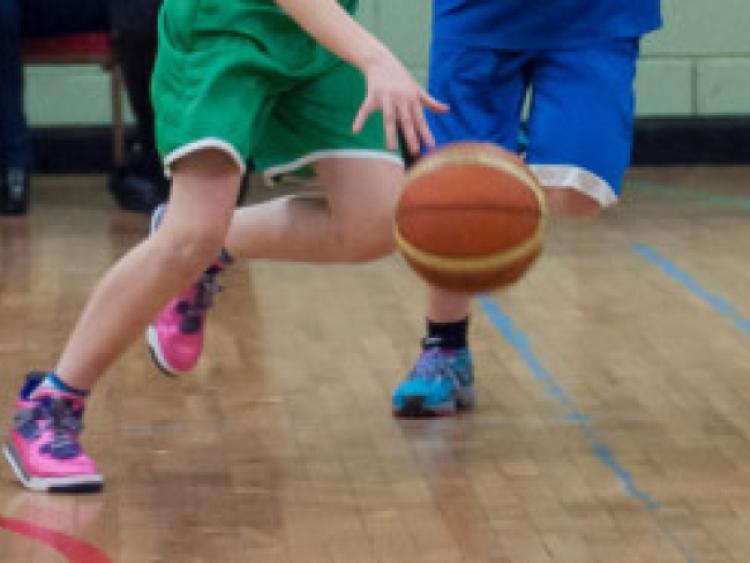 Portlaoise continued to dominate this week with another win to add to their league standings.

Portlaoise continued to dominate this week with another win to add to their league standings.

Portlaoise were up against Kilkenny Comets on home turf and gave a great display of basketball to their supporters. The home side started off confidently with an easy layup from Ciara Byrne.

Byrne settled the team well from early on and called good plays on offense to open herself up for repeated drives to the boards. As the opposition began to threaten, Ciara Byrne and Grainne O’Reilly made impressive screens and Jessie Preston kept herself open on the weak side to pass around the ball.

Jasmine Burke also added to the score with a rebound under the boards. A side line ball gave O’Reilly the opportunity to call a play which freed up Byrne to receive a great back door pass from Ellen Garvey.

Garvey was a threat throughout this game and her hard work landed her on the free throw line where she, without hesitation, netted both free throws to end the quarter.

The second quarter was opened up initially by Sarah Flemming. Super defensive rebounds from Rebecca Reddin and her quick outlet passes to Shauna Dooley got the ball down the court into a fast break where Dooley finished effortlessly. Sinead Brady was a trojan on defence and she made it very hard for the opposition to keep the ball.

Good vision from Dooley gave a quick ball into Caoimhe Sweeney under the boards adding her name to the score sheet. Numerous out of bound plays from the end line gave Brady the chance to call plays for the home side and made easy passes to Flemming and Dooley who both finished with ease.

The second half of the game saw the introduction of new player to the court. O’Reilly took on the position of ball carrier and she gave great balls into Garvey who netted successive baskets.

Ellenor Healy and Rachel Glynn made countless efforts inside the key but unfortunately the ball didn’t fall for them.

This didn’t discourage the girls however and they still gave it their all. Ella Byrne made good steals which resulted in O’Reilly getting the ball and making super layups. O’Reilly’s hard work and persistence awarded her free throws which she gladly netted to pull the score even further apart.

In the last quarter the home side played with total ease and confidence. Flemming called offensive plays while she carried the ball and this gave her the chance to manoeuvre with coolness and add to the ever expanding score.

Good defensive play outside the key from Caoimhe Sweeney gave her the chance to make strong drives and get the ball out of trouble and passing ahead to Rebecca Reddin resulted in her name been added to the score sheet.

A change of players again gave Rachel Glynn the chance to get to the board and a pass to Sinead Brady seen her hard work pay off and she finished the scoring for the game at 47-17. Another great win.