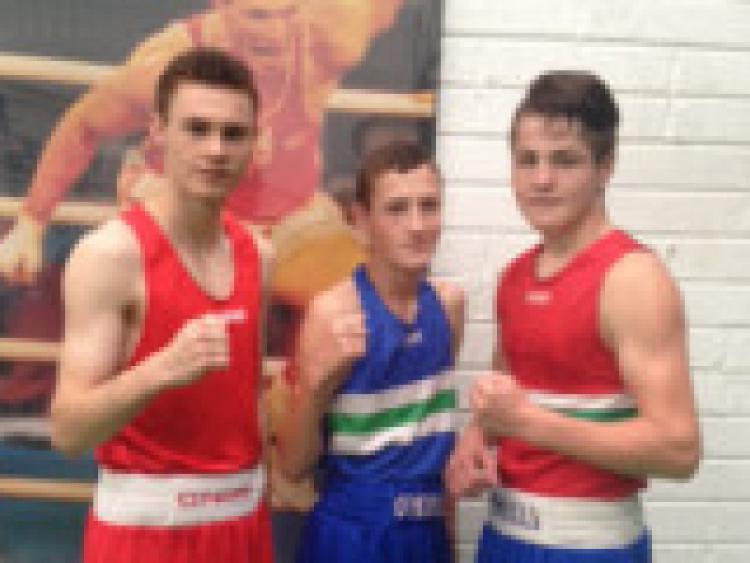 Hughie Nevin (46kg) lost on a split decision to Aaron Daly Castlebar BC after giving a top class performance.

This is the strongest division with three European champions to beat before you get your hands on the Gold medal.

Jimmy O’Reilly (Youth 70kg) won his contest against John Gallagher from the Mullhuddart boxing club. He will box the Ulster champion J McGinty in his next contest. Winners of these championships go on to the European Championships in November

Also this coming weekend 18th and 19th Portlaoise boxing club will hold their annual Flag Day collection. All members and especially the parents are asked to make themselves available and to contact the Chairman Pat Reddin.

The Portlaoise boxing club would like to thank all those who participated in their training camp last weekend and especially the Monkstown boxing club Belfast for travelling all the way down and enjoying the hospitality.