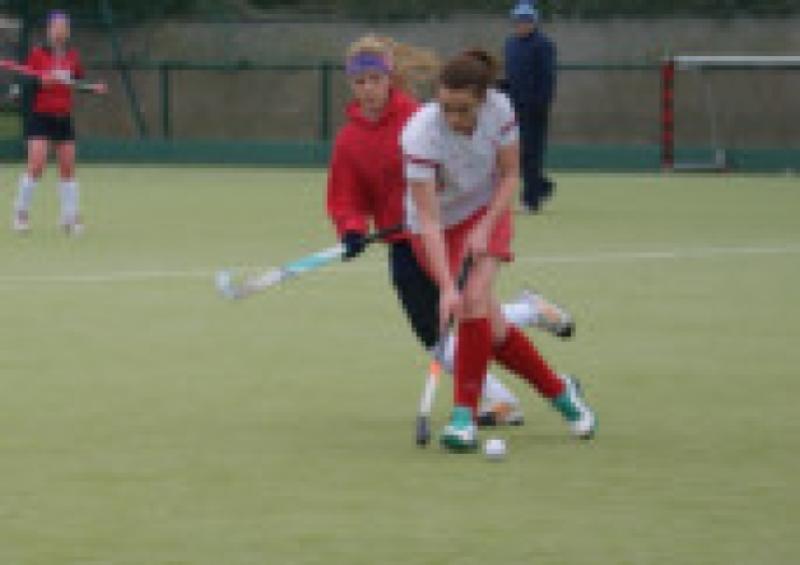 As the summer approaches and the hockey season draws to a close the Portlaoise Ladies can take the time to reflect back on a very successful year.

As the summer approaches and the hockey season draws to a close the Portlaoise Ladies can take the time to reflect back on a very successful year.

Building on the progress of the 2011-2012 season, Portlaoise finished off this season by gaining promotion into Southeast Division I.

Over the last number of years Portlaoise Ladies Hockey Club has slowly been building momentum. In the last three seasons they have added to their panel and now have a complementary combination of both seasoned and new players. The dedication and commitment from these players has allowed Portlaoise to grow and develop into a force to be reckoned with in the Southeast region.

Last season Portlaoise narrowly missed out on promotion after finishing second in the league, however they went on to be cup champions for the second consecutive year with a win over Gorey. This year the side were unlucky not to take the cup final, losing 1-0 to Wexford II.

However their strongest performance by far was in the league. This season saw Portlaoise going from strength to strength with every game they undertook. The team did not lose a single game in the Southeast Division II League and suffered only two losses in the Interdivision league games. At the end of the league Portlaoise were tied on points with Wexford II, and after a nail biting final Portlaoise went on to secure the title position with a 1-0 win.

The club finished off their season with an Awards Night which took place April 5. Two of the team’s youngest players were acknowledged for their contribution to the success of the season. Player of the Year was awarded to Alison Bailey, for her solid defence and Anna Booth took home an award for Most Improved Player in recognition of her continually improving attacking performance.

Top goal scorer for the year was Ailbhe Booth who scored 10 of the 30 goals for the season. The club are now looking forward to next season with great enthusiasm and urge anyone interested in joining the club to contact they via e-mail or through facebook.