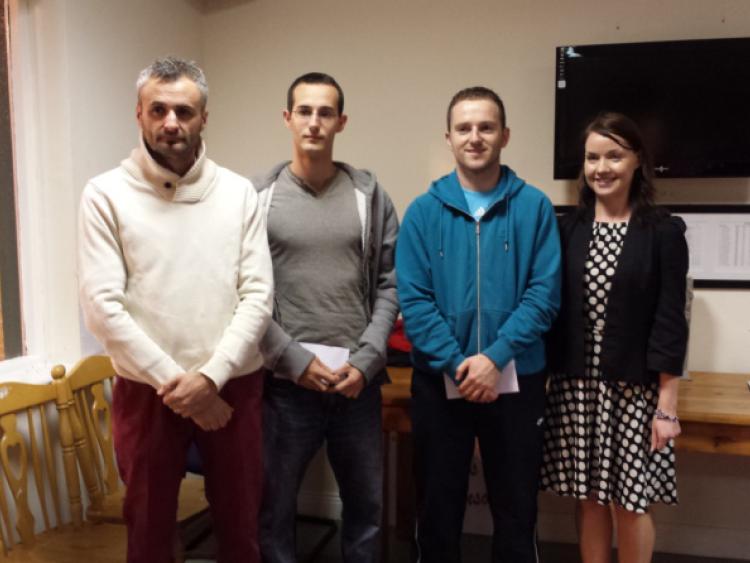 August and September has been a busy month for Abbeyleix Tennis Club with the Fyffes Singles competition coming to end, the De Vesci Salver one day event taking place and the ongoing Shaws mixed doubles.

August and September has been a busy month for Abbeyleix Tennis Club with the Fyffes Singles competition coming to end, the De Vesci Salver one day event taking place and the ongoing Shaws mixed doubles.

The Fyffes singles competition came to an end on September 12 after some great competitive tennis. Stanley Fyffe of Fyffes Abbeyleix was on hand for the presentation of prizes to the six winners and runners up. In the C mens section, Lawrence Robertson battled in out to defeat Andrew Shaw in a match that saw numerous long rallies. The winner of the C ladies section was Ciara Brody who had to play some great tennis to defeat Gillian Rea.

David Brophy regained his title of A mens winner when he defeated Raymond Self in the third set after some long points and great tennis. In the A ladies, Fiona Bonham got the better of Mary Daly.

The annual De Vesci Salver competition, whereby an adult is paired with a junior, took place on September 13 and saw almost 50 entries. The competition wasrun off very smoothly with a BBQ available after matches and it was a very enjoyable night for all.

The final saw a very close battle between Gillian Rea/Ronan Quinn and Rachel Cass/Diarmuid Mc Gowan. It was Ronan’s great play at the net and Gillian’s consistency at the back of the court that saw them pinch the victory and crowned them the winners of the 2013 De Vesci Salver. Tom De Vesci was there to present the winners with the plate and their prizes. A small prize was given to two juniors who have made notable improvement in the last few weeks and those were Aoife Hosey and Sebastian Bayer.

On October 11, the club invite people to attend a table quiz which takes place in the Manor Hotel at 9pm. Tables of 4 people €40 and Junior tables €20.