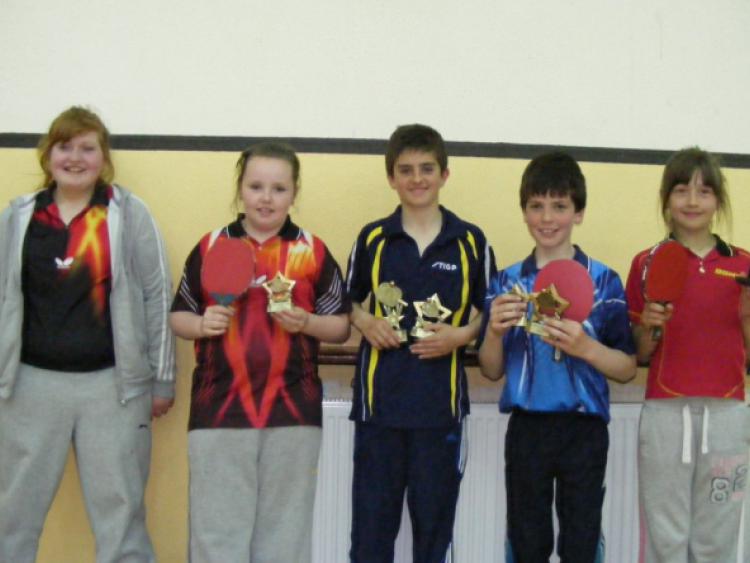 Laois native Jimmy Hayes is this year’s recipient of the coveted Irish Table Tennis Coach Of The Year Award.

Laois native Jimmy Hayes is this year’s recipient of the coveted Irish Table Tennis Coach Of The Year Award.

Following a most successful season in which many of his players from Mountrath Table Tennis Club recorded amazing results that culminated in Provincial success, nine Leinster selections, three National Champions, an International Champion, seven Irish Internationals playing home and abroad plus many recipients of excellent results in numerous events around the country.

In conjunction with ITTA, he has also established the Midland Table Tennis Academy in which leading players along with emerging young talent come together weekly and where International Coaches are also on hand to give elite guidance during training.

A recent addition to his programme is that of notional coach to junior disability players (standing class). He is also coaching for ITTA with many clubs in the midlands for the Women in Sport programme and is also involved in Leinster Branch administeration and local senior and Junior leagues. Meanwhile at the tables where all the talent shines the latest crusade took some players to the Roscommon Junior Open in Athlone.

National Champion Dylan Grace was on fire with consistency, technique, power speed and spin that left opponents frozen and dizzy at times.

In the final he met clubmate Paddy Vaughan who was to give him good competition but Grace ran out a 3-0 winner.

Other fine performances on the day saw Katie Hayes reach the finals of U-14 and U-17 where she lost out to Amanda Taylor (Sligo) on both occasions. Very young players with bright features Richard Thompson, Amy Jestin and Corinna Hayes were also laying claim to silverware in U-10 competition as they endeavor to emulate the heroics of the older wizards.

Tiegan O’Connor was also adding to her trophy collection with success in U-10s event. While many of the leading players were not on hand at the event it was an oppertunity for many more to make the break.

On Saturday June 29, The Battle of the Academies, Midland v Connaught, will take place in Athlone for The Shannonside Cup.