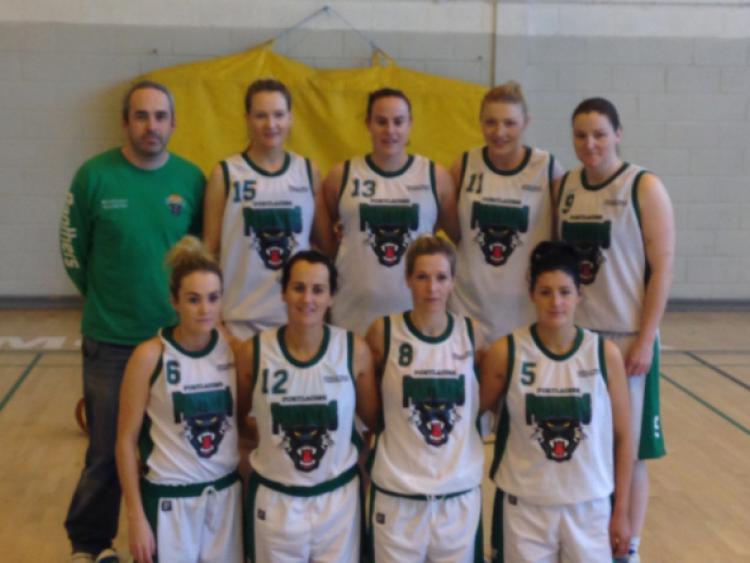 Portlaoise National League ladies team travelled to Tralee on Sunday last in the hope of continuing their unbeaten start to the season.

Portlaoise National League ladies team travelled to Tralee on Sunday last in the hope of continuing their unbeaten start to the season.

As the scoreline would suggest, this game came down to a battle of the defences. The game may not have been pretty but both sides showed their defensive strengths from the very start as both sides struggled throughout to break down their opponents.

The first quarter started at a frantic pace and both sides looked to take the game by the scruff of the neck early on. Lynn Jones got the ball rolling for the home side as she found her range outside the key with two early scores. Panthers replied with two baskets from the elbow through Sinead Nihill who was attracting the defences attention.

Her presence inside opened up space on the outside with the O’Sullivan sisters Catherine and Maeve hitting a three pointer apiece to take an early lead in the first.

Sinead Mackessy got her account opened at the end of the first with an excellent three point play. Two excellent scores from Nicola Farrell gave Panthers a three point lead going into the second quarter.

Tralee came storming back in the second quarter and looked to their main threats Emma Sherwood and Sinead Mackessy to improve their teams position. Both combined for twelve points in the quarter and Tralee had eventually taken the lead halfway through the quarter. Portlaoise were not lying down and another two three pointers from Catherine O’Sullivan and Sharon Regan saw the teams trading the lead. The physicality of the game put Panthers to the line at the end of the half with Nihill and Maeve O’Sullivan scoring their free throws but Tralee had the final say with Amy Fitzgerald finishing off her lay-up to give Imperials a one point lead at the half.

The third quarter belonged to Tralee as their defence contained the Portlaoise offence throughout. Lynn Jones was on target from three point range and this was quickly followed up by another from Cassandra Buckley. Portlaoise were under pressure and five points was a poor return from a quarter of basketball. The game was still there for the taking but Tralee had the momentum and an eleven point lead going into the last.

Portlaoise needed to come out all guns blazing if they were to have any chance of overturning the deficit and they registered the first five points of the quarter without reply. But Tralee responded through Mackessy again as she added to her game high twenty point tally. Both sides went basket for basket during the final quarter but unfortunately Panthers couldn’t close the gap created in the third quarter losing out by eleven points. Tralee won the battle and have now put themselves back in the mix at the top of the table. Portlaoise can be happy with their performance but will face further tough opposition in the coming weeks.