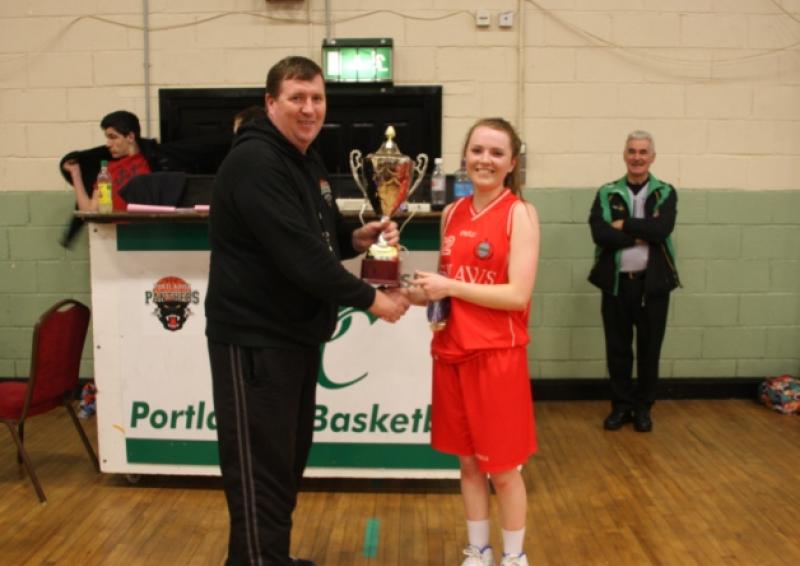 Following the Panthers recent Cup victory at the National Basketball Arena, a new wave of young basketball players will shortly seek glory at the same venue, when Scoil Chriost Ri play the U14 All Ireland Schools Cup Semi-Final against The Teresian [Dublin].

Following the Panthers recent Cup victory at the National Basketball Arena, a new wave of young basketball players will shortly seek glory at the same venue, when Scoil Chriost Ri play the U14 All Ireland Schools Cup Semi-Final against The Teresian [Dublin].

The great basketball tradition in Scoil Chriost Ri continues as this season is shaping up to be its most successful for several years. Recently, the U14s produced a powerful display to defeat a highly fancied St Louis Kiltimagh [Mayo] team in the Quarter-Final of the inaugural U14 All-Ireland B Cup competition on a 43 to 24 score line. The game was played at a very high standard for this age group which certainly augurs well for the future. They now travel to the National Arena on 26th March for the semi-final and if they can reproduce the form they showed in the quarter, they will be in with a big shout to make the final. A win in this game would also return the school to A Division status.

The 1st and 2nd year A teams were both unbeaten in their groups in the Midland Championships with wins over Carlow, Mullingar, Clonaslee, Tullamore and Rochfordbridge.

The 1st Year A team defeated Ursuline Thurles in the Semi Final. They followed this win with a very hard fought Regional Final against Scoil Iosogain, Portarlington last Friday. The 36-24 score line hides how close this game was, with Scoil Chriost Ri only getting on top in the final minutes.

After a shaky start, the 2nd Year A team produced some spectacular basketball to defeating Iosogain Portarlington in their Semi Final. They play Naas in the Regional Final this week and a win would give the Portlaoise school the Grand Slam of all four Regional B Championships, Senior, Cadette, 1st Year and 2 Year, never before achieved. Both 1st Year A and 2nd Year A have made the All Ireland Qualifying Tournaments.

The 2nd year B team kicked back with very important wins against Castledermot, Kildare and Pipers Hill, having lost to St Paul’s Monasterevin in the first round. These wins qualified them for the Regional semi-final. In a very hard fought game, SCR came from behind in the final quarter to record a famous win over Ferbane. In the Regional final St Paul’s Monasterevin again proved too strong. This is the first time for many years that a Scoil Chriost Ri B team have qualified for a Regional Final. They qualify for the All Ireland Qualifying Tournament and the experience gained will stand them in good stead for next season.

The 1st Year B team narrowly missed out on a Semi Final spot, but have really improved with every game.

In keeping with the tradition of the school, the participation levels would match or better any school in the country at the moment with 8 teams fielding in this year’s championships.

Before Christmas, the Cadette A team defeated Kilcullen in the semi-final and despite injuries, overcame a very strong Scoil Iosogain Portarlington team in an absorbing Regional Final. They lost out at the All-Ireland Qualifying Tournament in Dublin in January. The Senior A team had a narrow 1pt victory over a fancied Confey [Kildare] side in the semi-final before defeating Ursuline Thurles in the Regional Final. They subsequently produced the best basketball the school has produced in many years in the All-Ireland Qualifying Tournament, before eventually losing out to The Teresian [Dublin] in the All-Ireland Quarter Final.

The Cadette and Senior B teams were beaten to Regional semi-final spots by St Paul’s Monasterevin. These teams are growing from strength to strength and will contest very strongly for regional honours next season.