Marlins make it out of Last Chance Saloon Gala 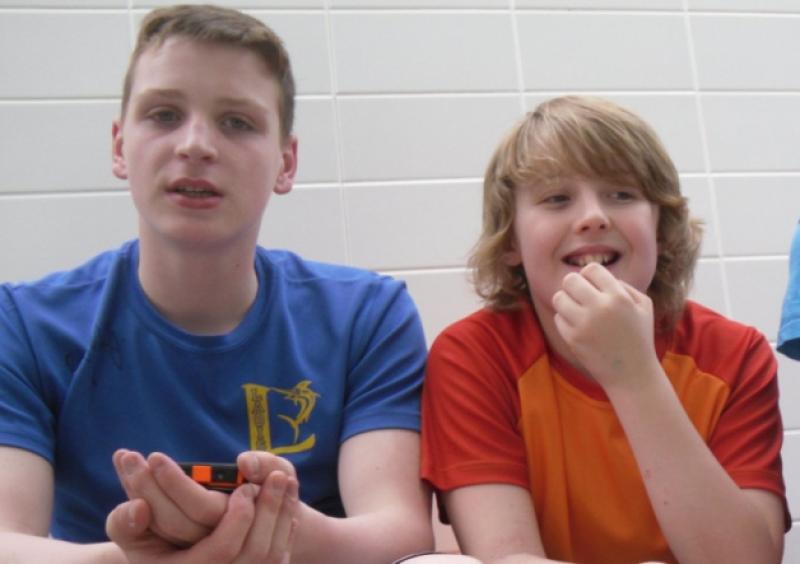 In total 12 Marlins took part in the Last Chance Saloon Gala, held once a year in Wexford to allow swimmers the opportunity to gain QTs for the upcoming top-tier provincial championships.

Eight swimmers recorded PBs, and topping that league was Christian Kenny-Carroll shaving off a combined total of 20 seconds, and coming within nine hundredths of a second for a Leinster QT.

It was great to see Carolina Kucinskas back swimming competitively. She shaved off an amazing 17 seconds in 100 free.

Tyler Dolan knocked seven seconds off her 200m IM proving her prowess in all four strokes. The talented swimmer had already qualified for Leinster in that event as well as the 100m and 200m breast. She also PB’d in 100m free.

Christopher Carew also had also pre-qualified in 200 IM and both 100m and 200m breast. He was delighted to add the 100 back QT, shaving off four seconds in the process. He shaved off a further two seconds in 100m free.

Ailbhe Ni Chuinn had a great swim in the 200m breast, shaving three seconds off to get her Division 1 QT. She PB’d in the 100m breast as well.

Mick Carroll, who had pre-qualified in the 100m breast, knocked off a further five seconds in the 200m breast.

Ian Heffernan shaved another two seconds from an already strong 100m free time, coming within 0.0.7 seconds of a QT. He too had pre-qualified in 100m breast and 100m back.

Jordan Overton, who had already qualified for 11 events at the Leinster Division 1s, PBd at Wexford in 1500 free and 200m butterfly.