Portlaoise geared up for Heartlands Rally 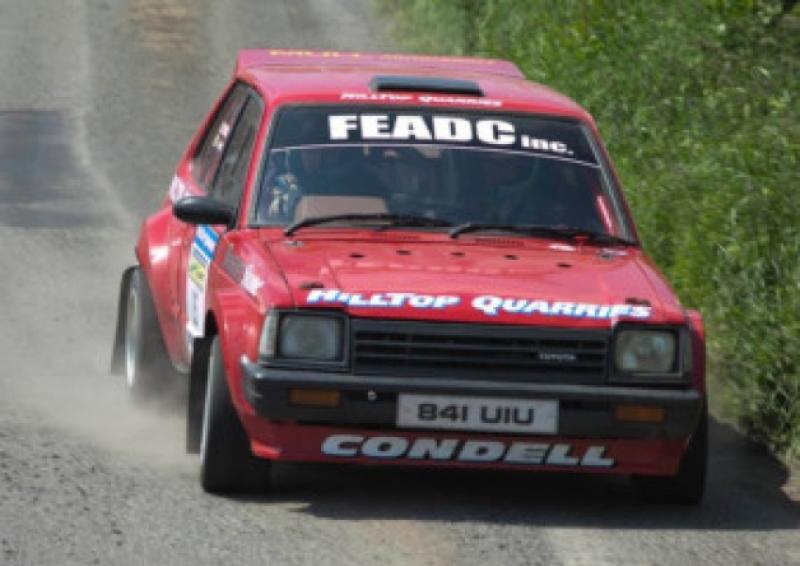 Next Sunday, June 8, sees the fourth running of the O’Loughlins Hotel Laois Heartlands Rally in and around Portlaoise.

Next Sunday, June 8, sees the fourth running of the O’Loughlins Hotel Laois Heartlands Rally in and around Portlaoise.

With stages being run in the Ballyfin and the Heath areas the 2014 O’Loughlins Hotel Laois Heartlands Rally once again promises to deliver a world class event and bring 120 top rally teams to Portlaoise for sepctators to enjoy.

Competition promises to be hot with previous winners David Condell. Trevor Culbert and George Condell having to defend their record against the big names of Irish rallying. Rodney Wilton, Brian Brogan, Ed O’Callaghan, Chris Armstrong, Adrian Hedrington and Rodney White are among the big names trying to take the over all first place.

The action kicks off on Saturday with scrutiny of cars starting at 2.30pm in the Plaza at County Hall.

This will be followed by a ceremonial start in the main street at 7.30pm on Saturday evening. The start ramp will be located out side O’Loughlins Hotel on the main street and the ceremony will be hosted by the famous voice of rallying, Dougie Hughes.

The stages go live on Sunday morning with each of two stages being run three times. The service are is located in the Plaza in Portlaoise and will be a hive of activity for the day.

Programmes will be available from filling stations and convenience stores around the area. Programmes contain detailed maps of the stages with a list of competitors and lots of motorsport information. Keep an eye out for the signs.

If you are going to spetate over the weekend enjoy this unique event but please obey the marshals and stay safe.