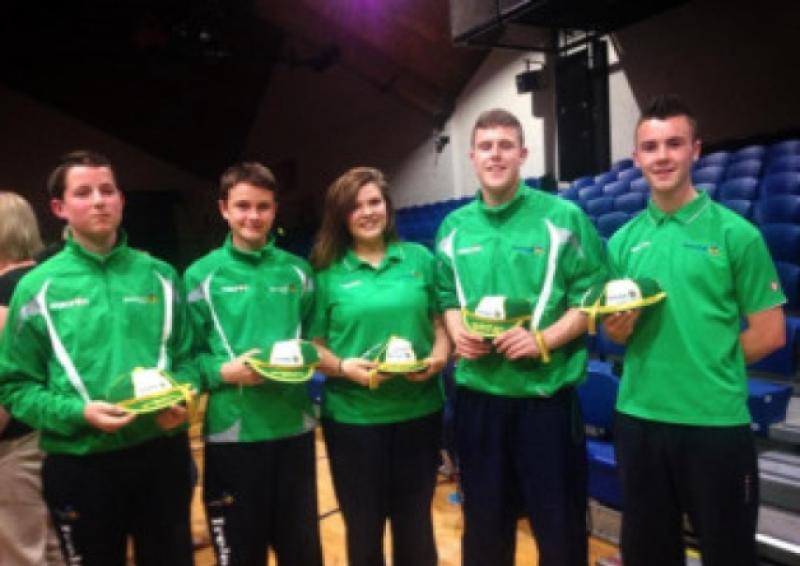 ‘Mighty oaks from small acorns grow’. No one seems to be able to attribute this famous proverb to a particular person but never was it more appropriately used than in the case of Kestrels Basketball Club.

‘Mighty oaks from small acorns grow’. No one seems to be able to attribute this famous proverb to a particular person but never was it more appropriately used than in the case of Kestrels Basketball Club.

Founded in 2007, the club has grown from teo teams in 2007 to 14 teams in 2014 including their first foray into the Midland League Senior Men’s Division 1 this year. The club has grown to 200 members this year. This small club have already produced a plethora of underage internationals. In recent seasons, members of some of the club’s earliest teams have graduated to National League and Premier League status. The club has provided regional coaches and international coaches. Kestrels also boast the Chairperson of Basketball Ireland, Jackie Dunne as one of its members. Pound for pound ,this club packs an almighty punch.

At the heart of all successful clubs are the members. But if ever an organisation was a reflection of one of its members, then this is it. Louise Foster, formerly of Avon Hawks fame, was one of the founders of the club in 2007 with the dream of reviving the sport in this once basketball mad town.

As a player herself she was electric and tenacious and ahead of her time, dominating Midland and Dublin Leagues for years with her fellow Eagles under the legendary Tom Collins. Blessed with unrivalled fundamental skills, this is the element at the core of the clubs underage coaching policy which has delivered great enjoyment and success for all its members.

Not one for the limelight, Louise would attribute all the success to the small band of dedicated members and coaches working hard to expand and improve the club. A small club with a big heart

Kestrels club has produced no less than nine underage internationals in its short history. Current senior player Conor Vandendries got the ball rolling with the Boys U-16 squad and was quickly followed by Aaron Whelan, James Byrne, Sean Kavanagh, Sean Smith, Jordan Fallon and Dylan Dunne. Shannon Whelan and Holli Dunne have also had the honour of wearing the green jersey at Girls U-16 and U-18 level.

In Theresa Whelan. The club possess the current Irish National Team Girls U-15 coach. She also coached the Irish U-16 boys in the European Championships in Macedonia last year.