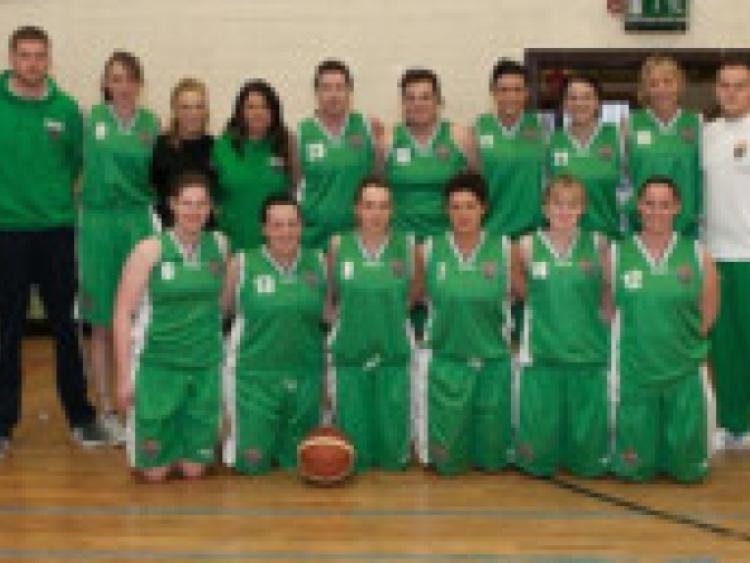 Portlaoise Panthers continued their winning streak last week with another win against Kestrels in the Ladies Division 2 league game in St. Marys hall on Saturday evening.

Emma Colohan opened up the scoring for Portlaoise with a great three pointer at the top of the arc. Rebecca Kelly worked hard under the boards landing on the free throw line and netting both baskets. The Colohan sisters worked hard together and both landed effortless three pointers.

Shauna McNamara from Kestrels kept the pressure on the home team and made excellent baskets for her side. Sharon Regan worked hard on defence and managed an easy basket off the fast break. Dorothy Fahy finished the quarter strongly for Portlaoise adding her name to the score sheet under the board.

Portlaoise continued to work just as hard in the next quarter. Anna Fraiser and Dorothy Fahy played extremely well together. Sharon Regan worked her usual magic and kept the baskets adding up for the home side.

Danielle Keane wasted no time when she went on court and added her name with a great basket. Aoife Brennan played impressive offense and defence throughout the game. The home side ended the second half with a huge gap between the scores.

Kestrels came back fighting hard in the second half of the game. Sarah Fallon, Holly Dunne and Megan Dunne dominated this quarter with fantastic baskets. Great vision and easy passes from Emma Colohan assisted in Dorothy Fahy and Rebecca Kelly continuing to score. Strong defence from Amy Dunphy proved her to be a major threat.

In the last quarter the home side saw Sharon Regan and Rebecca Kelly register on the score board immediately. Strong inside play from Dorothy Fahy again got Portlaoise’s scoring underway. Jane Dowling was a constant threat under the boards and scored a well deserved basket in the final minutes. Another great win for Portlaoise sees them remain unbeaten in the league and two wins from their last three games to secure the league title. Final score 72-63.