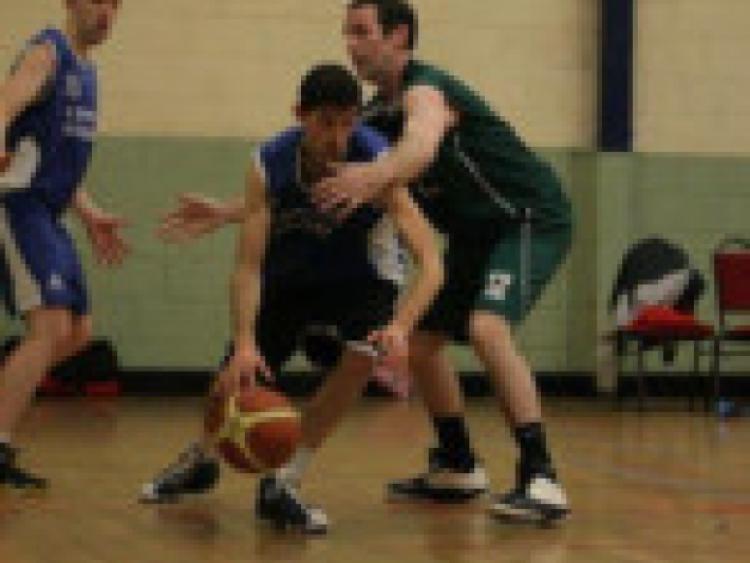 The Portlaoise boy’s U-12 basketball team played host to Castlecomer in the Kilkenny Area League with the win guaranteeing them the League title.

The Portlaoise boy’s U-12 basketball team played host to Castlecomer in the Kilkenny Area League with the win guaranteeing them the League title.

Portlaoise hit the ground running with early baskets from Ben O’Reilly and Colm Byrne. As the quarter went on Portlaoise were dominating with good performances from Eddie Critchley and Stephen Mc Cabe. Castlecomer replied with good scores from Diarmuid Rowe and Jack Buggy.

As the second quarter got underway it was the bigger and stronger Portlaoise lads that were controlling the game with scores from Niall Carey and their Captain Dylan Phelan.  Portlaoise kept the scoreboard ticking over with good shooting from James Phelan and their big man Rian O’Connell to help their team to a comfortable fifteen point lead at the halftime break.

The second half continued much the same as the first with the home Club dominating with baskets from Darren Moore and Jack Coss. As the quarter went on Castlecomer to their credit never gave up battling for every ball and were rewarded with baskets from Conor Clarke and Cillian Hogan.

The last quarter saw both teams relax with the final outcome in little doubt, both were playing well, Eddie Critchley and James Phelan put in good work for Portlaoise while Shane Fahey and Darragh O’Rourke showed well for Castlecomer.

As the game came to a close baskets from Rian O’Connell and Niall Carey who was eventually to be top scorer of the game with an excellent 12 points saw Portlaoise go on to a well deserved win that see them win the Kilkenny Area League.