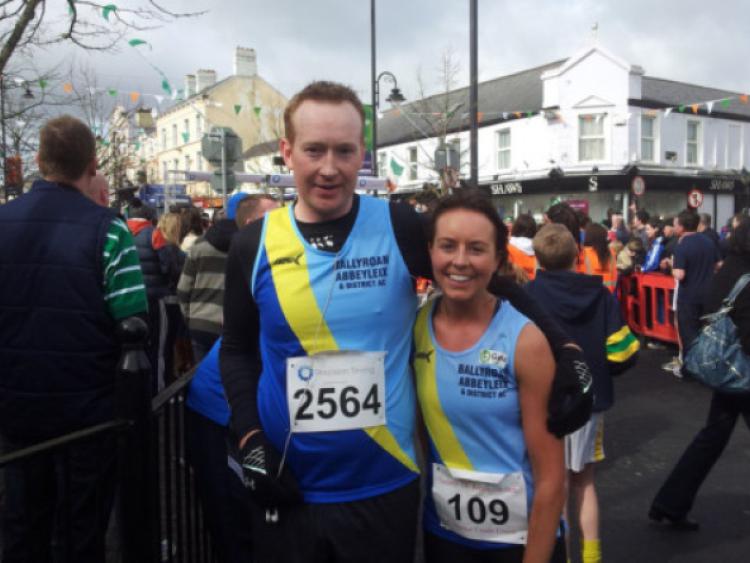 First up saw 200 children take part in the juvenile fun run which was a great success and a glimpse of the runners of the future. Each finisher received a medal and an Easter egg. The main race started at 11.30 with over 700 people running down main street Portlaoise cheered on by the large crowds that had come out to support family and friends. It was an impressive sight.

The women’s race was won by Tullamore Harriers Pauline Curley and local man Michael Mulhare repeated last year’s result by winning the men’s race. All agreed that there was a great atmosphere around the town helped by D.J., Mark Neilon who encouraged everyone across the finish line. A DVD of the race event was made by Brendan Brophy and will be available to view soon. Portlaoise Athletic Club would like to thank their main sponsors, Portlaoise Credit Union and The Heritage Hotel, Downeys Auto Stop, Laois Sports Partnership, Mulhalls Supervalu, Hughes Chemist, Four Aces, Tesco, Lotus, and Stephen’s Greens for all their support.

Portlaoise AC would also like to thank all the marshalls and volunteers who helped on the day as well as the Gardai, the Order of Malta and the driver of the lead car, Maurice Downey.

Two chosen charities, Acquired Brain Injury and Spinal Injuries Ireland will receive a donation from the club. Finally, the club would like to thank everyone who took part in the run and extend an invitation to all who would like to give running a go. Check out our ‘Meet ‘N’ Train’ group, Tuesday’s and Thursday’s 6.00-7.00 at our running track. See our facebook page for more details.