Titans too strong as they score big win 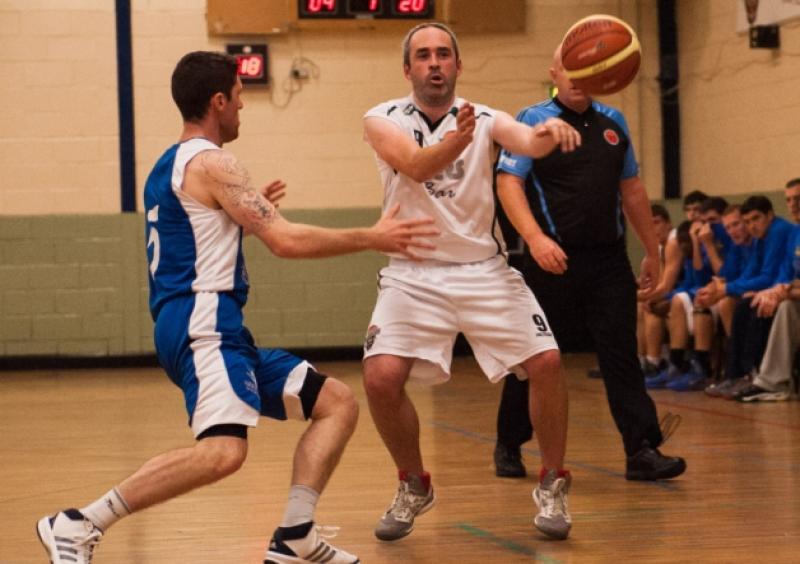 Portlaoise Panthers National League men’s squad played host to last years league runner-ups Galway Titans on Saturday night and were shown the level of skill and consistency required to compete at this grade.

Portlaoise Panthers National League men’s squad played host to last years league runner-ups Galway Titans on Saturday night and were shown the level of skill and consistency required to compete at this grade.

Titans were a well-drilled outfit who took their chances well throughout and never dropped their intensity at any point, and punished the home side when they relaxed in their defence. Titans were worthy of their big victory on Saturday night with Portlaoise having to go back to the drawing board ahead of their derby this Sunday against Team Leftbank Kilkenny.

In the opening quarter the visitors quickly got into their stride and early baskets from their American import Chris Coyne, Toms Fabriciuss and Paulius Peldzius went unanswered as they began to build an early lead.

Stephen Danso got the scoreboard rolling for the home side with two great penetrating moves to the basket completing a three point play on his second attempt.

Peldzius and Fabriciuss continued to threaten the heart of the Portlaoise defence with both coming off excellent screen play and finishing well to the board. Panthers responded to try keep the game as tight as possible early on and Jack Scully put his name on the scoresheet with two baskets inside the key to put the home side within eight points at the end of the first quarter on a scoreline of 21-13.

Galway rotated their squad to great effect in the second quarter with seven of their panel adding to their lead.

In reply Portlaoise counted on Stephen Danso for his sides three baskets with Panthers running out of patience in their offensive play and Titans defence forcing the home side into multiple turnovers. Portlaoise were happy to hear the half time buzzer and regroup during the break and try put a plan in place to claw back Titans twenty point lead.

After some stern half time words from coach Julian O’Keeffe, the Panthers men came out all guns blazing and started playing to their strengths by pushing the ball at pace down the floor with the big men running the lanes.

Jack Scully found himself on the end of some great passing from point guard Rody McEvoy. Scully went on a run of six baskets in a row and was single-handedly keeping his side in the game. Halfway through the third quarter Portlaoise had pulled back to within thirteen points which was a great response following a bad second quarter. Danso finshed off the scoring for his side in the third and were in confident mood of finishing strongly and at least claiming a losing bonus point by staying within seven points of Titans in the end.

Unfortunately the comeback didn’t materialise and Titans showed their superior fitness and skill by blowing away the home side in the final ten minutes. Portlaoise only had four people on the scoresheet in the game which is a poor return and enabled Titans to put pressure on Panthers main threats. Stephen Danso showed his class as he accounted for Portlaoise’s last twelve points of the game. The home side were running out of ideas and fitness levels were low coming near the end of the game.

Titans will be in the running for honours come the end of the season and Portlaoise have to take heart in certain aspects of their play during the game but must work hard in the coming week to perfect some of their mistakes both ends of the floor.