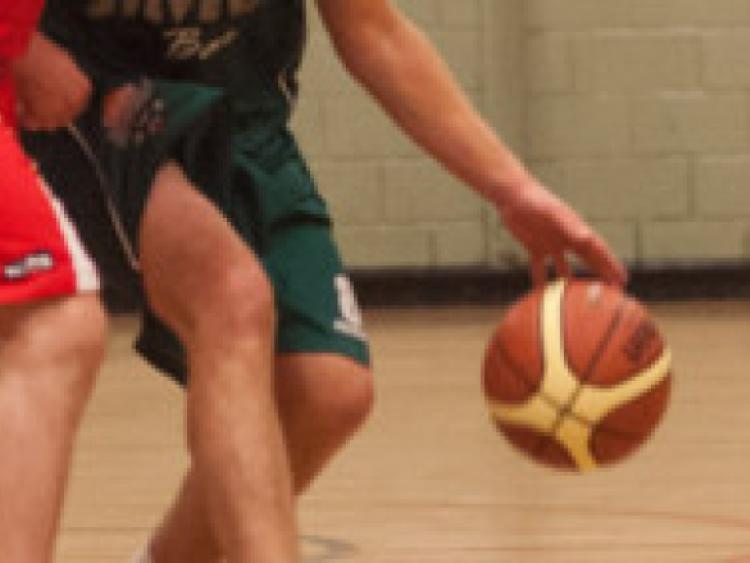 O’Loughlins Panthers Mens team had their hopes of reaching the end of season Division 1 Top 4 competition dealt a massive blow after a four point defeat at the hands of Ballon Rock at home on Sunday night.

O’Loughlins Panthers Mens team had their hopes of reaching the end of season Division 1 Top 4 competition dealt a massive blow after a four point defeat at the hands of Ballon Rock at home on Sunday night.

This was very much a must win game with tougher fixtures just around the corner and this loss now puts Ballon in pole position to secure a final four spot over O’Loughlins Panthers.

The first quarter saw the visitors fly out to an early lead which they never relinquished throughout the game. The Panthers men knew that their opponents were a shooting team but loose defensive play allowed Skebas and Vysniauskas space to drain two early three pointers which set the tone for the game.

In reply Ballon were forcing Portlaoise to fight their way back into the game from the free throw line. Ballon’s indiscipline repeatedly sent the home side to the line and this contributed to a majority of the teams scores with a high percentage made. Peter O’Sullivan took on the defence on numerous occasions coming off some great picks scoring one basket while being forced to the line making three from four in the quarter.

Ballon were also getting to the line and making Portlaoise pay as they continued to extend their lead. Audrius Pauliukenas was closely monitored throughout the game but he only needs the smallest opportunity to shoot and he was accurate on two occasions from the three point line in the quarter. Ballon were playing some great team ball and led 22-12 at the end of the first.

The second quarter saw O’Loughlins Panthers close the gap slightly with some more excellent penetrating play from Peter O’Sullivan with the majority of drives resulting in free throw shooting with O’Sullivan hitting seven from seven. Peter Duignan and Greg Dunne were the other Portlaoise scorers in the quarter as the home side looked to get back in the game.

Ballon were being forced to play the ball inside as Portlaoise’s defences stepped further out. Vaikuls and Siuanavicius punished Portlaoise under the boards as they combined for eight points in the quarter. Portlaoise cut the gap to eight points at half time and were right in the game despite not having played to their ability.

The start of the second half was no different from the first offence of the game as Skebas sunk a three pointer from the top of the key. Shane Maughan replied with one of his own to cancel it out. A fast break basket by David Keane followed by a basket inside the key from Anthony Dunne gave Portlaoise hope of taking the lead.

But again Ballon came fighting back with Pauliukenas nailing three massive three pointers in a row to keep the lead around nine points again. In reply it was O’Sullivan with another three free throws and a shot from Greg Dunne that gave the home side a chance going into the final quarter.

The final quarter was highly entertaining for the crowd as O’Loughlins Panthers threw everything at Ballon in the hope of taking the win. A twenty eight point fourth quarter was just short of taking the game as Ballon continued to hit important shots to keep them out in front. Two big three pointers from Greg Dunne closed the deficit down to six with under five minutes to go in the match and both sides then traded free throws with it looking like the team that could convert from the line would take the points.

With under a minute left in the game a fast break lay-up from Maughan cut the gap to two points, the lowest since the start of the match. Portlaoise played brilliant defence and had possession of the ball with one only enough time to complete an offence left. After working the ball around, O’Sullivan drove at the heart of the Ballon defence dishing off the ball only for the ball to roll off and away for a Ballon win following two insurance free throws scored by Skebas.