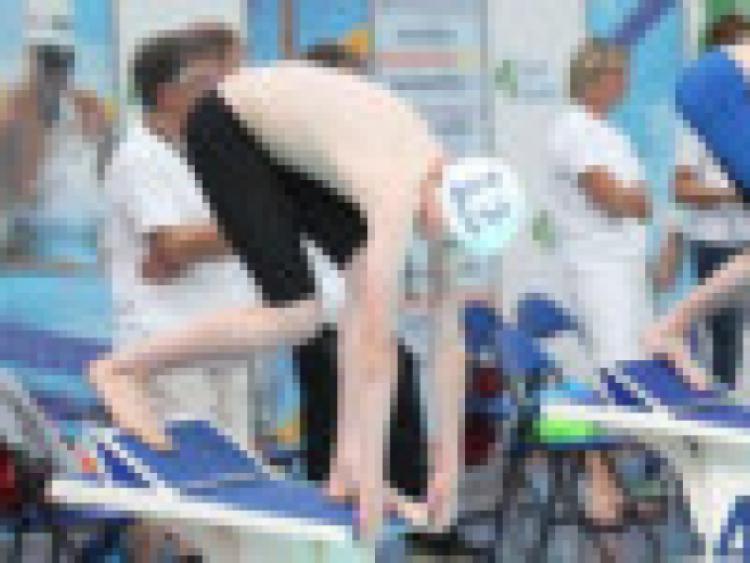 Eoin Donoghue, Jordan Overton, Ryan Flynn, Christopher Carew, Thomas Martin, Conor Donoghue and Mathew Doyle who was unable to compete because of an injury were all representing the club at the NAC.

Over 900 swimmers from more than 100 clubs competed in the biggest Championships Swim Ireland has ever run with 3,762 Individual and 151 Relay swims taking place over the five days.

Teams from South Africa, Singapore, Oman, Dubai, Italy, England, Scotland and from all over Ireland descended on Dublin to race in the prestigious event.

The competition caters for swimmers from as young as 8 right up to an open age group with luminaries such as Barry Murphy, Dan Sweeney, Bethany Carson, Melanie Houghton and Andrew Meegan sharing the pool with up and coming younger swimmers.

Against the toughest of national and international competition excellent swims were produced by the Marlins.

Jordan Overton’s Wednesday evening swim got the championships off to a great start for the Laois club as he secured a top twenty position in the 1500 free. This was to be the first of many top twenty rankings for the midlanders.

He shaved off almost seven seconds in the 200 Free, jumping 25 places in the rankings. He also secured a strong PB in the 400 Free, and in the 200 IM. It was a very successful gala for the 14 year old who secured four PBs, four top-twenty places and three top-thirty places.

Eoin Donoghue also continued to impress, coming 8th in both the 100 and 200 Breast Stroke events, and securing strong 13th places in both Free Style and Medley Relays. He also recorded a PB in the 200 Free.

It was a great gala for thirteen year old Ryan Flynn, who was competing in his first ever Division 1 championships. Following on from huge success only two weeks previously at the Division 2’s, he went on to record even further improvements, securing strong PBs in four of his six individual events, as well as securing strong 13th places in Free Style and Medley Relays.

Conor Donoghue recorded a strong PB in 100 Breast and was just ouside the top thirty at his first ever Division 1 championships. His U 15 Free Style Relay team was placed 13th overall.

In his second Division 1 IAG gala Christopher Carew swam well in the 100 and 200 Breast and did backstroke in the Medley relay in which Laois Marlins were placed 13th overall.

It was also Thomas Martin’s second time to contest the Division One’s. He swam well in the 100 Free. Looking after the Laois Marlins swimmers at the NAC were coaches Padraic Dolan, Dave Overton and Derek Flynn.

“To have six swimmers represent laois Marlins swim club at the highest level of age group swimming in the country was a wonderful achievement for the club . Congratulations to those swimmers and to all the swimmers who represented the club so well at galas throughout the year,” he said.