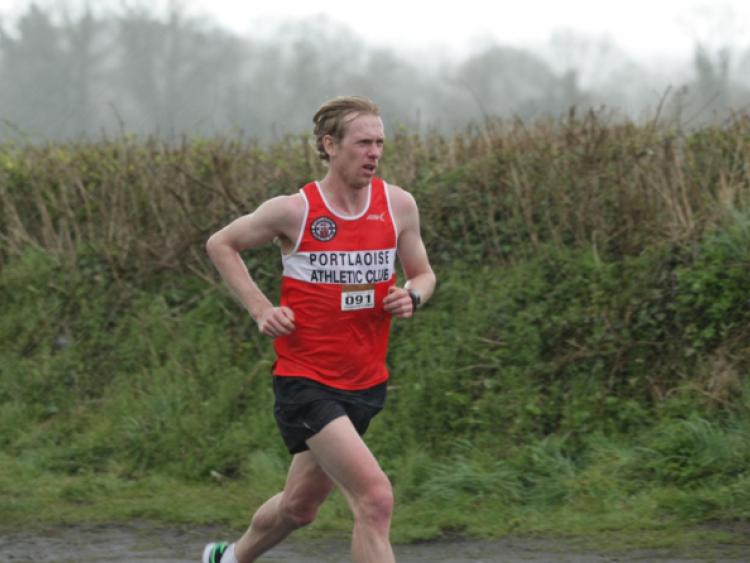 Over 400 runners, both adult and juvenile, descended on Ballyfin at The Deadman’s Inn pub for the inaugural Deadman’s Dash on April 21.

Over 400 runners, both adult and juvenile, descended on Ballyfin at The Deadman’s Inn pub for the inaugural Deadman’s Dash on April 21.

With the crowds so big the kidsDASH races had to held back, such was the interest from kids and parents in the event. All ran smoothly, with each child getting a medal and refreshments after the race. It was a great sight to see such excitement in the faces of young and old.

A healthy field of 220 runners took part in the senior races. In the Men’s Race, Thomas Hayes from the Kilkenny City Harriers led the field from the start and in what was a hectic pace. In a fast route he led the field around until Portlaoise’s Dan Mulhare started to take control. At the finish it was Dan who finished the stronger, taking the honours in a time of 22:02 with Thomas Hayes close in second in 22:31. St Abban’s Colm Burke was third with St Michael’s John Fenlon and David Brophy of Tullamore next. Leading the way for Ballyfin AC was Colin Maher in sixth place in a time of 24:47, with Riobard Miller next in seventh place in a time of 24:49. Shane Delaney, John Paul Phelan, Frank Keating, Fergal Dooley, Alo Maher and Seamus Quinn all finished up the field.

In the Senior Women’s race it was Offaly’s Edel Mooney who ran home the winner in a fine time of 26:08 with Portlaoies AC sisters Paula and Sharon Grant in second and third place in time of 27:28 and 28:08 respectively.

The turnout for the kids races was astounding with more than 180 taking part, maybe more, and the races had to be held back to accommodate everyone. It was felt that the races should be broken up into three age groups - ages 4-6, 7-9 and 10-12 - and this proved to be a masterstroke with each age group having their own space to run to the best of their ability.

The youngest kids aged 4-6 really enjoyed their race, with Ballyfin AC’s Cara Goode coming home in first place. In the second race it was Jack  Fenlon who came home in first and in the third kidsDASH it was Ballyroan Abbeyleix and District’s Cian McDonald who stormed home in first. All the kids had a great run and all got a medal and were treated to drinks, fruit and refreshments afterwards.

Ballyfin AC would like to thanks all of its sponsors who helped out, including The Deadman’s Inn for their hospitality and support, and all the other businesses who donated cash and the all-important spot prizes that made the day even more enjoyable. A special mention to all the club members and locals who helped out to make the event run smoothly and also to Michael McCarthy who developed the brand name and promoted the event through his graphic design company Creactive Studios; you can see more of his work on his website www.creactivestudios.com.

And finally but not least, all the great runners, young and old, who created a great spirit and buzz around the event, without whom there would be no Deadman’s Dash. Hats off to all who survived The Deadman’s Dash and here’s to 2014. All in all the event ran smoothly and the feedback has been good. Everyone in the club are looking forward to 2014 and plans are being put in place even as we speak.