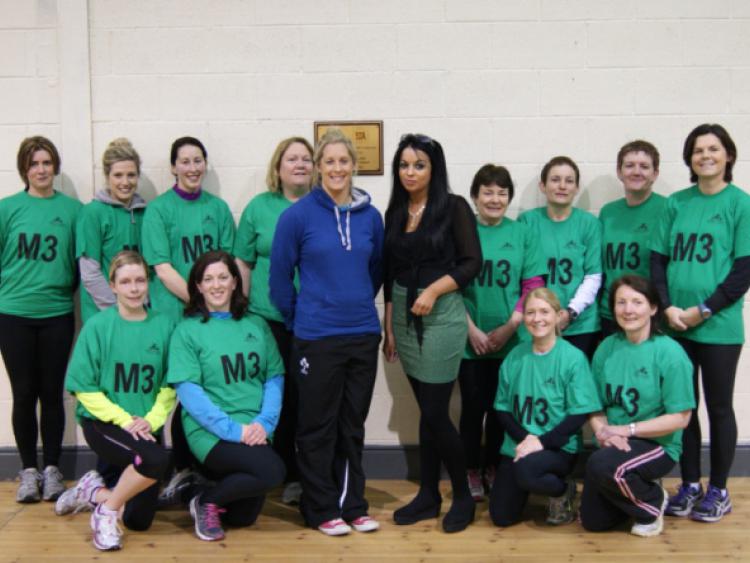 Now in its sixth year the mini marathon will be run over 8km on Sunday 26th May 2013 at 1pm, starting and finishing at St Abban’s athletic track.

St Abban’s club athlete Alison Miller, who was a member of the winning ladies team in the National League last year, took time out of her busy schedule to launch the event.

Ireland’s winger Alison, who also plays on the Irish women’s rugby team that won the Six Nations recently, had just flown in from China where they secured the silver plate at the Women’s Sevens World Series event.

Our sponsor this year is Clonmore Meats who have been a great support of the race. The organisers of the M3 Monavea Women’s Mini Marathon in association with Laois Sports Partnership are expecting a large crowd on the day. It will be perfect for those just wishing to take part to get fit, whilst still offering a quality race and event for the more serious runner.

Prizes will be awarded to the first ten finishers including numerous spot prizes throughout the field. There is also a team prize. Why  not form a team with  friends and predict your time. The prize will be  awarded to the team of four finishing closest to their predicted team time. Refreshments will be served in the clubhouse following the race. Registration is €15 per person or €40 for a team of four and can be done on the day in St Abban’s AC clubhouse from 10.30am or register online at www.runireland.com. AAI permit granted. There is a souvenir t-shirt for the first 200 entries.