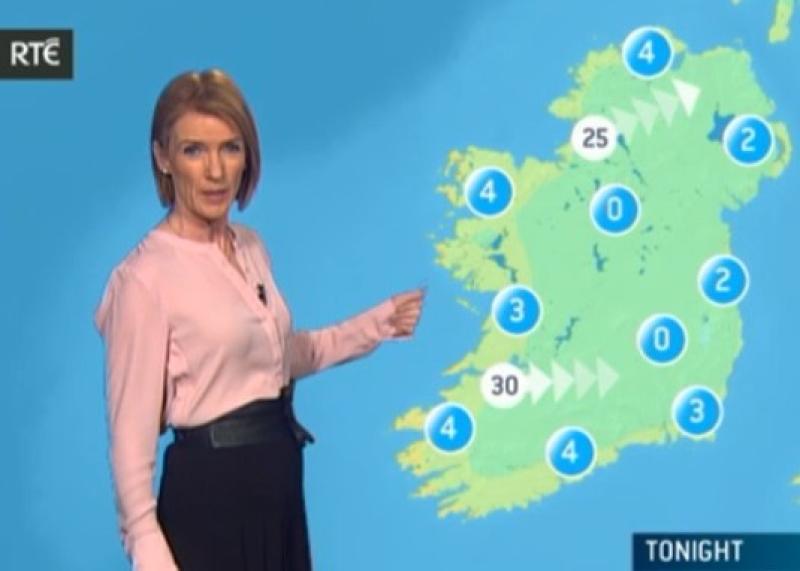 After snow, ice and freezing temperatures, Met Eireann is forecasting temperatures to slightly increase over the weekend however there is also risk of spot flooding in places.

Saturday will be mostly cloudy and misty with scattered outbreaks of rain and drizzle.

Some sleet and snow in places will fall, especially in parts of South Ulster, Connacht and North Leinster.

Mainly dry brighter conditions over the far North will extend down over the country during the afternoon but it will stay damp and drizzly in the far South and Southwest.

Quite a contrast in afternoon temperatures with values of just 3 or 4 degrees Celsius in most places with light winds, but milder and breezy over Munster with temperatures of 10 or 11 degrees.

Heavy and persistent rain will spread northeastwards over the country on Saturday night, bringing a risk of spot flooding by Sunday morning.

Minimum temperatures will occur before midnight, with temperatures rising significantly with the onset of the rain.

Lows ranging from around zero degrees in Ulster to 7 or 8 degrees in the southwest, rising to between 9 and 12 degrees by Sunday morning, except in Ulster where temperatures will be around 3 to 6 degrees at that stage.

There will be a wet start to Sunday, very wet in some parts with the risk of spot flooding.

The rain will gradually clear northeastwards by the afternoon though, with scattered showers following. Rather mild, with afternoon highs of 10 to 13 degrees Celsius.

Showers will become increasingly confined to eastern coasts on Sunday and it will become largely dry, though there is a threat of rain for a time along the south coast overnight. Lows of 4 to 7 degrees Celsius in mainly light breezes.

Indications for Monday are for a mostly dry day with variable cloud and sunshine. Southwesterly breezes will freshen towards evening. Highs ranging 6 to 10 degrees.