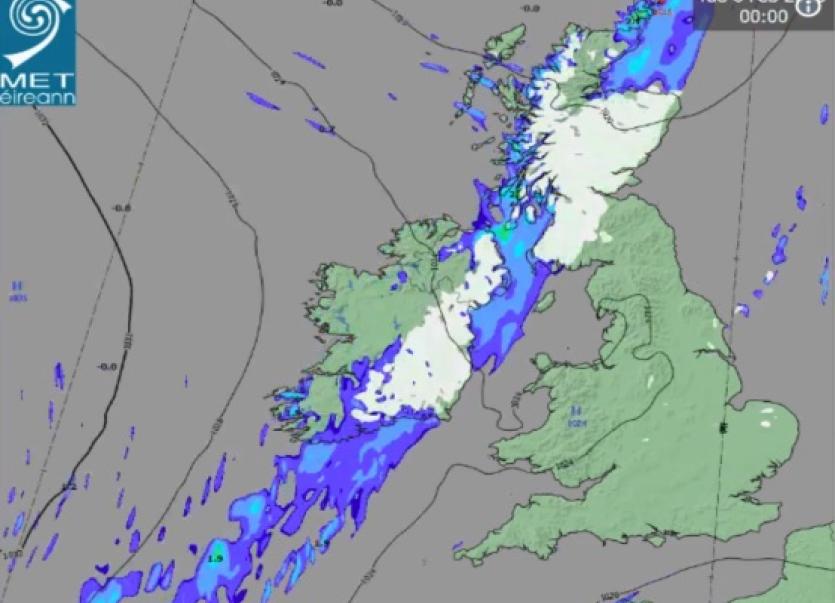 A new tweet issued by Met Éireann reveals that a substantial amount of snow is set to hit the the country over the 24 hours with a second Status Yellow warning issued today..

A warning for all of Ireland says that snow showers are likely to give accumulations of less than 3cm on Tuesday. The showers most frequent in the west and north of the country. Slippery roads and paths due to accumulation of ice on untreated surfaces.

A specific snow-ice warning is also in place for Leinster, Cavan, Monaghan, Leitrim, East Cork, Tipperary and Waterford
This evening and tonight, falls of snow will give accumulations of 0 to 3 cm leading to hazardous conditions on roads and footpaths.

Gardaí have warned road users about the conditions.