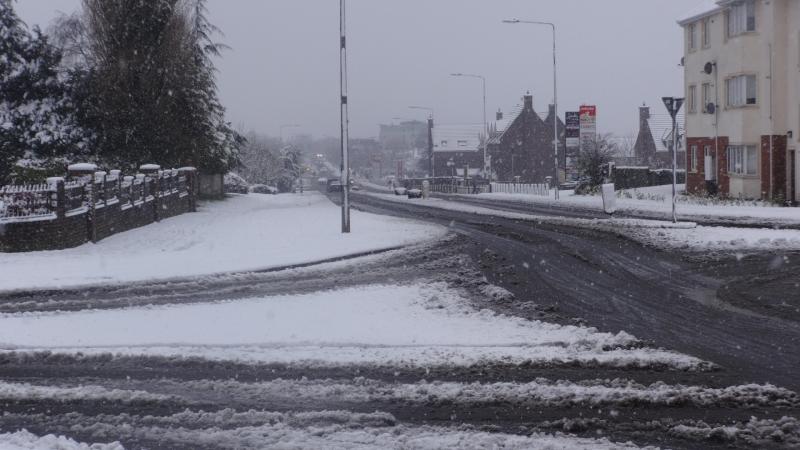 A new snow-ice Weather Warning is in place for all of Ireland from Met Éireann.

The forecaster has issued a Status Yellow warning for scattered snow showers Thursday night, accumulations of less than 3cm. Showers more frequent in the west and north of the country.

Thursday with start cloudy and misty with outbreaks of rain and drizzle however brighter weather with sunny spells and a few showers will develop in the west and north by late morning. Further outbreaks of rain and drizzle in the south and east will occur through the course of the day, turning heavy at times. Highest temperatures of 6 to 9 degrees.

Thursday night will be colder and showery conditions will extend to all areas. The showers will turn increasingly wintry overnight with falls of sleet and snow possible in places by dawn, mainly across parts of the north and west. There is also the risk of hail and thunder near Atlantic coasts. Frost and ice will form widely inland as temperatures fall to between +1 and minus 3 degrees. Brisk westerly winds will be strong and gusty near Atlantic coasts.

According to the National Forecaster, there will be spells of winter sunshine across much of the country on Friday but with some wintry showers also. These showers will primarily affect Ulster, Connacht and west Munster with further falls of snow possible for a time. However, the showers look set to turn back to rain later in the day. Highest temperatures of 3 to 6 degrees in moderate or fresh  winds.

A slight frost is possible for a time on Friday night but temperatures will rise during the night however rain will extend nationwide overnight, giving some heavy bursts. Lowest temperatures of zero to plus 4 degrees, coldest in the east.

Met Eireann is expecting the rain to clear from eastern areas by lunchtime on Saturday with some dry, bright weather across the country for a time. However, a further spell of rain will spread from the Atlantic during the evening, with some heavy bursts expected across northern counties. Highest temperatures of 7 to 11 degrees in strong and gusty winds. The rain will only gradually clear overnight with much colder air feeding in behind with the risk of a spell of sleet or snow across Ulster.

Sunday will be a cold and blustery day with bright spells and wintry showers, the showers heaviest and most frequent in the west with good spells of winter sunshine in eastern areas. Highest temperatures of 2 to 5 degrees in strong and gusty westerly winds. A widespread frost forming overnight with further scattered wintry showers.