A Status Yellow advisory in effect for Beast from the East 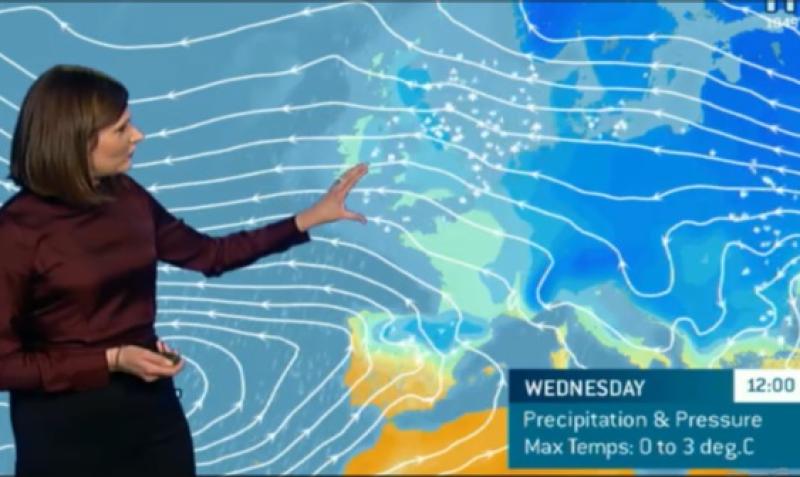 Met Éireann says it will be issuing weather warnings in the coming days as the Siberian weather front that has been looming for the past week now looks certain to hit hard during the first week of Spring according to forecasters.

The national forecaster had been expecting a winter blast from since last weekend and has issued a Status Yellow weather advisory for a full week from Friday, February 23 at 12pm until Friday, March 2 at 12pm.

The forecaster says Weather Warnings will be issued near to what it's terming an 'event' which will hit during the first week of meterological Spring.

Weather Advisory issued by Met Éireann.
Exceptionally cold weather forecast for next week.
Note: this is an Advisory. Warnings will be issued nearer the event. pic.twitter.com/a77xWfJMYr

The cold weather system expected to bring Scandinavian and Siberian temperatures has been labelled 'the beast from the East' with values set to plummet well below zero.

Snow is set to hit the UK early Monday and track across Britain and the Irish Sea hitting Dublin late Monday and spreading east. Met Éirean predicts "disruptive snow" showers are expected from Monday night, Tuesday onwards, particularly in the east and southeast.

However, next week is predicted to be exceptionally cold with daytime temperatures staying below freezing with -5 values expected overnight next week.

The Status Yellow from Met Éireann is valid from 12pm today until 12pm on Friday, March 2. 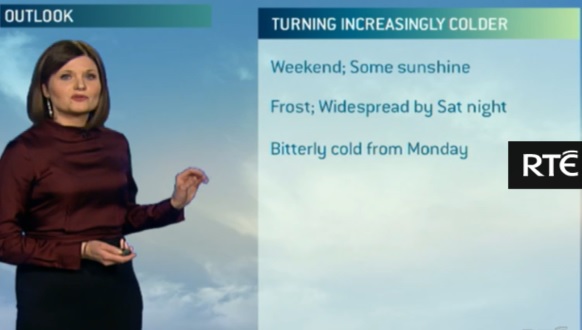 High pressure over Scandinavia continuing to influence our weather with mostly dry conditions at first, but then becoming exceptionally cold and very frosty, with wintry showers becoming widespread during next week. Advisory now in operation.

Saturday night will be dry with good clear spells and easterly winds, will be light to moderate. It will turn cold under the clear skies with lowest temperatures falling to between -2 and +1 degree with a widespread sharp frost, but a degree or so higher along southwestern coasts.

Sunday will be a dry and sunny day. However, it will be another cold day with top temperatures of just 4 to 7 degrees and in the moderate to fresh easterly breeze, it will feel colder. Sunday night will be dry and clear in mostly light easterly breezes. Turning even colder with lowest temperatures falling to between -3 and zero degrees with a widespread sharp to severe frost.

It will most likely still be mainly dry on Monday with some sunny spells and perhaps the odd light snow flurry in eastern areas, later in the day. But very cold for the time of year, with daytime temperatures in the low single figures inland, and around 5 or 6 degrees on coasts. It will be very cold on Monday night with a severe frost and the risk of snow showers along northern and eastern coasts in moderate northeasterly winds. Lows of -2 to -4 C.

It will turn progressively colder from Tuesday onwards with severe frosts and with snow showers becoming more widespread. Some disruptive accumulations are likely, especially in the east and southeast. Met Eireann will be issuing snow/ice warnings.