Emergency planning on how to respond to #BeastfromtheEast underway 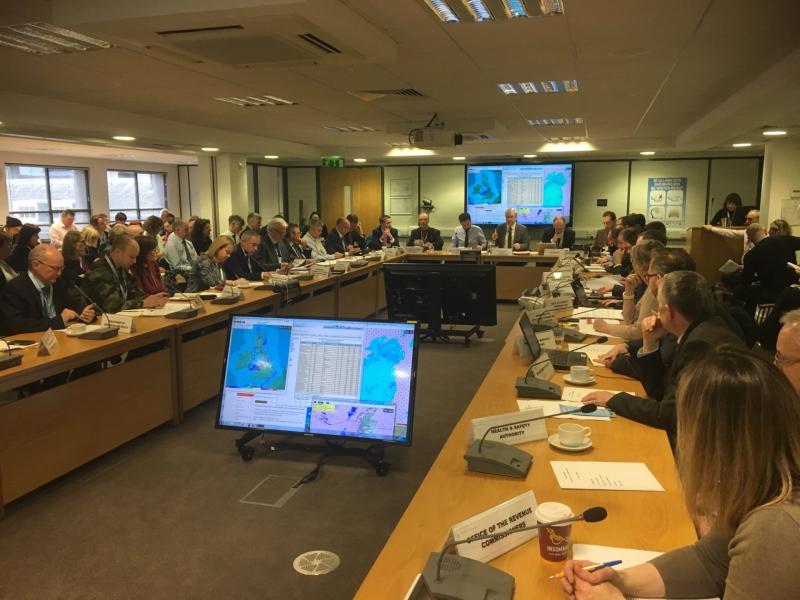 Plans are being made this morning by Ireland's emergency planners on how to respond to the severe best from the east weather front.

National Emergency Coordination Group on Severe Weather is meeting again in Dublin to move from a "pre-planning and preparedness to a response phase in the light Met Éireann forecasts over the coming days".

Met Éireann has already warned that a Status Red alert is likely. Such a warning must be issued 48 hours before an alert comes into force.

Laois and a number of other counties in Leinster are already under a Status Orange warning.

Met Éireann has forecast scattered snow showers along the east coast today. While it will be dry and sunny it is expected to become increasingly cloudy showers will extend westwards later.

Afternoon temperatures will range 3 to 6 degrees, with a freshening north to northeast winds adding wind chill.

Under clear skies and sunshine, minimum temperatures at some of Met Éireann's weather stations are below freezing.

LAOIS PREPARING FOR THE WORST