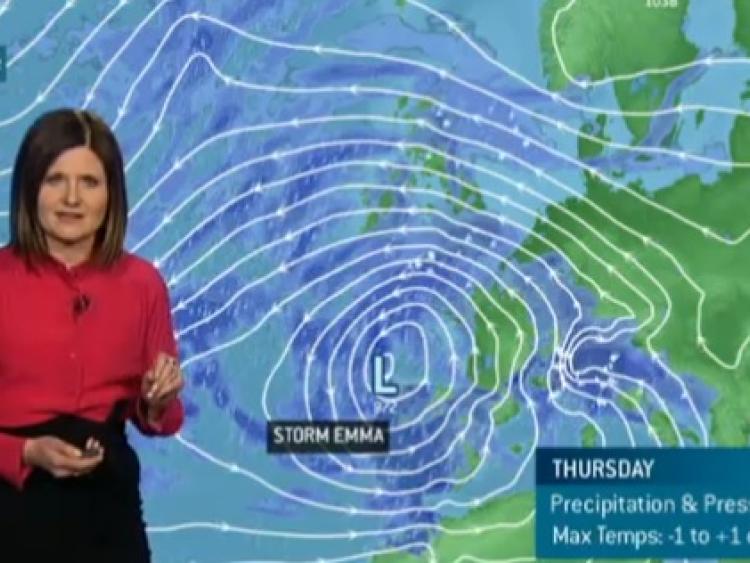 The first Siberian snow reached Laois on Tuesday night with Met Éireann warning that more is on the cards in the coming hours into Wednesday morning.

Snow had fallen in parts of Leinster during daylight hours but only had reached Portlaoise by . There are also reports of significant falls around in Offaly and Kildare.

The latest Met Éireann weather forecast RTÉ warns that heavy showers will continue across Leinster and into southern counties overnight.

A Status Orange Weather Warning is in place for snow and ice. Between 4-6cm is expected to fall.

Met Éireann  strong easterly winds on Wednesday will bring more showers. The showers will continue into Thursday and winds will strengthen further.

Michelle Dillen says Storm Emma will push up over Ireland late on Thursday bringing with it persistent showers.

The National Emergency Co-ordination Group is due to meet in the morning as is the Laois Emergency Response Team.