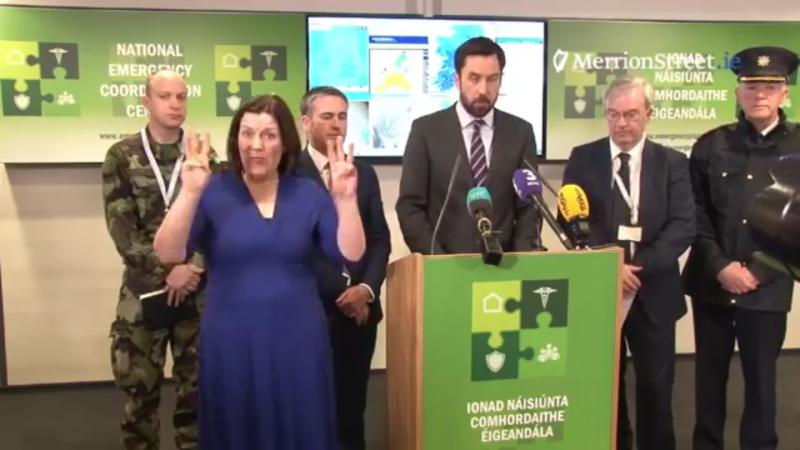 The Minister for Housing has issued a clear warning to everyone in Leinster and Munster to stay out of snow blizzards  from tomorrow Thursday March 1 until Friday March 2.

"There has been a significant escalation in the weather event. We will see blizzard like conditions and zero visability. This is not like weather that people should be out in," he said.

The government is advising people to heed their advice.

"Schools and third levels will be closed in Leinster and Munster where red warnings will apply, tomorrow and Friday. From 4pm tomorrow, people should plan to be at home until noon the following day Friday.

"In the interests of public safety, which is our primary concern, there will be no Dublin Bus or Bus Eireann service tomorrow in Leinster and Munster. Luas and Irish Rail will operate a constrained service to finish between 12 and 2pm," Minister Murphy stated.

He said that employers must keep in mind the advice that people in Red areas should be at home, and the loss of public transport.

"Different protocols will apply for those in essential and emergency services," he said.

The public are asked to check on the vulnerable in their communities.

"I'd ask people to check in on the elderly and vulnerable people in their communities, and check in on any rough sleepers they see and report them to our outreach teams, at homelessdublin.ie," he said.