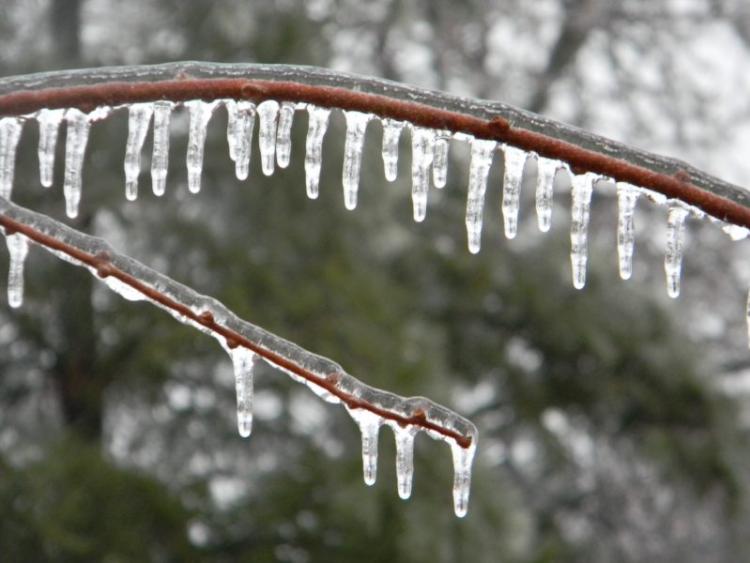 Forecasters in the UK have warned 'freezing rain' could result from the same weather event that has led to a Status Red Weather warning in Ireland.

The Met Office has warned that Thursday morning, parts of England and Wales are forecast to see a more widespread area of snow associated with Storm Emma. This snow will likely become heavy through the afternoon across parts of southwest England and Wales, allowing 10-20cm of snow to accumulate quite widely here.

It warns that some parts could also see freezing rain for a time on Thursday night. This relatively rare weather can result in ice forming very rapidly on surfaces, leading to severe risks affecting transport and power networks.

The Met Office says freezing rain starts as snow, ice, or hail, which melts as it falls through a layer of relatively warmer air before refreezing in a layer of colder air. The rain droplets become 'supercooled' and are close to or below freezing on on surfaces such as roads, pavements and power cables.

Unlike in Ireland, the British forecasters have not declared a Status Red Warning when Storm Emma collides with the so-called Beast from the east on Thursday on Friday. An amber warning is in place.

Freezing rain is in the forecast for the south west of the UK tomorrow and Friday, this could cause significant disruption and severe weather warnings are in place. But what is freezing rain and how does it differ from #snow and sleet? pic.twitter.com/bJeH2b34Rr

They have declared a Status Red warning for Scotland on Thursday morning over Edinburgh and Glasgow.

A red severe weather warning for #snow has been issued for the central belt of Scotland. Follow advice from the local authorities and emergency services @ReadyScotland#UKSnow#WeatherAware #StaySafe pic.twitter.com/kkQT4RQK7u