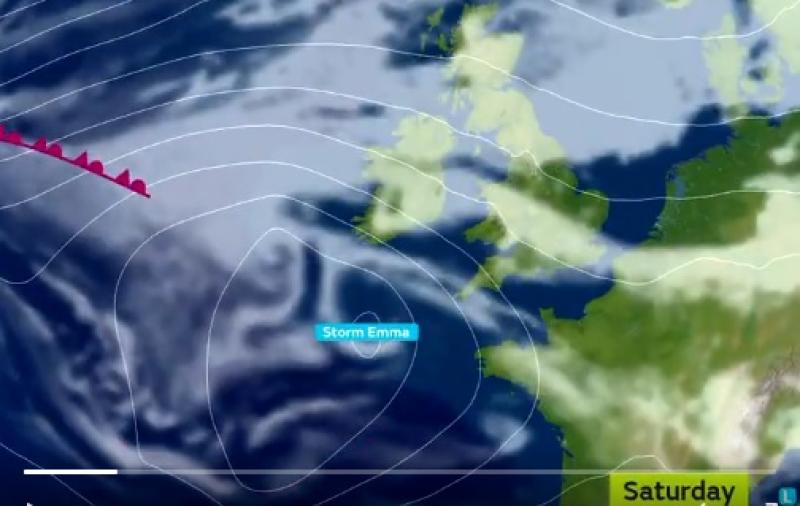 Tweets from Met Éireann's official weather forecasting partner in Britain confirm the damage Storm Eamma and the Beast from the East is going to bring to Ireland.

The Met Office has declared a Status Red zone in Wales and South West of England. They warn of treacherous conditions over the next few days and well into the weekend.

Weather that caused a previous Red Warning in Scotland on Tuesday also caused extensive snow in the midlands and the north east of Ireland on Wednesday.

The Met Office is also warning that the storm will continue to impact into Saturday.

All of Ireland is under Status Red Warning.

#RedWarning in force for parts of South Wales; but will the snow continue? Here's your latest forecast pic.twitter.com/vrRbcLjNyu

Want to know if the snow is going to thaw by the weekend? Watch the weekend forecast here to find out #weatheraware pic.twitter.com/7txY8Rh3lj

#Redwarning now in force - If you live in #SWEngland there will be treacherous conditions over the next few days. Here is your regional detail (other regions will follow) #StormEmma pic.twitter.com/oV6sZKFzgD