Laois and the rest of Leinster is placed under new warning 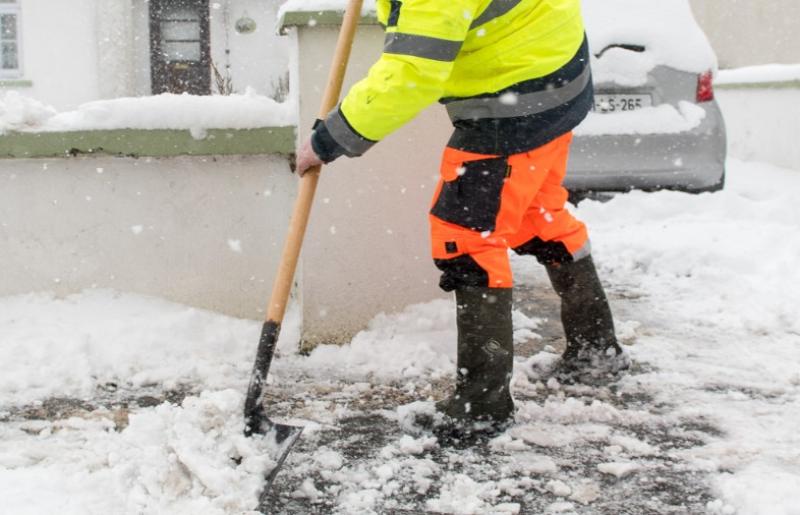 The forecaster warns of widespread lying snow and ice which will continue to lead to hazardous conditions.

There will be a risk of localised flooding due to rising river levels and there will be areas of surface water pooling. Mountainous catchments and urban areas most affected.

The alert is is effect until 12pm tomorrow.

Laois County Council said it continues to monitor river levels. It said these levels remain low and will be monitored on an ongoing basis.

Mountmellick was badly hit by flooding in November 2017 as a result of flash flooding that originated in the Slieve Bloom mountains. Portarlington was also affected and large tracts of farm land was covered.

A Status Yellow Weather Warning is in place for Snow-ice for Connacht, Donegal, Clare, Kerry and Limerick. That warns of lying snow and ice continuing to cause hazardous conditions.

Cloudy and misty today with scattered outbreaks of rain. The rain will be persistent at times, especially in the east and south, and may be of sleet over mountains. Temperatures will reach 3 to 6 degrees this afternoon with mainly moderate northeast winds. Melting snow and ice will result in localised flooding due to rising river levels and areas of surface water.

Visibility will deteriorate further tonight with mist thickening to fog, and there'll be further outbreaks of rain. Lowest temperatures of zero to plus 3 degrees with light variable winds.

Tomorrow, Monday, will start out dull but it will slowly brighten up with sunny spells in the afternoon. Most of the day will be dry but there will be showers. Highest temperatures of 5 to 8 degrees with light variable winds. Surface water will continue to accumulate due to melting snow.

There will be a gradual overall rise in temperatures going through the week.

Monday night will have outbreaks of rain and sleet across east Leinster and parts of the north; elsewhere dry with sharp frost and fog patches.

Tuesday will be a brighter day with a mix of cloud and sunny spells. All areas will have good dry spells with a little sunshine, and it'll be dry apart from well scattered rain or hail showers - these mainly in the west. Light winds. Temperatures will range 4 to 7 degrees.

After a sharp ground frost on Tuesday night, Wednesday will still be cold for the time of year. A wider scattering of showers will occur - some wintry. Southwest winds will be moderate. Top temperatures of 4 to 8 degrees.

Thursday will be a similar type day, and then signs are for distinctly milder weather for next weekend as frontal systems bring occasional rain from the Atlantic with predominantly southwest winds.