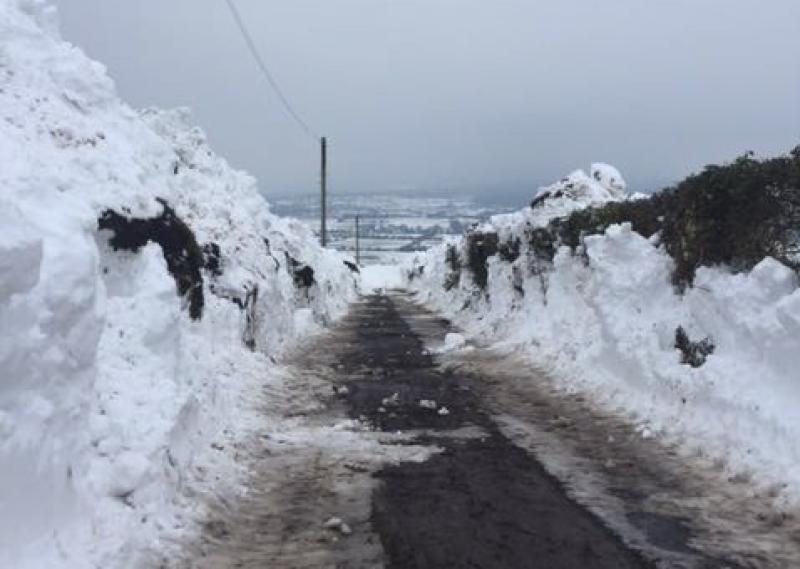 Flooding and frost is in the latest Met Éireann weather warning as country recovers from Storm Emma and the Beast from the East.

A Status Yellow Snow-ice Warning for Leinster is in place until 10am Wednesday.

The forecaster says deep lying snow in places will continue to thaw, with the ongoing potential for localised flooding.
It says frost and icy conditions will develop overnight.

Some bright or sunny spells, but rather cloudy generally with showers. These fairly widespread across the western half of the country, some heavy, with a risk of hail and thunder. Any elsewhere should be light and well scattered. Top temperatures 5 to 8 C., with snow melt continuing but giving excess surface water. Moderate southwest breezes will increase fresh and gusty west to northwesterly along the southwest and parts of the west coast.

Cold tonight, with clear spells and showers, a few of hail or sleet. Drying out over the southern half of the country later tonight, but showers continuing further north. Some frost too, with some icy patches. Lowest temperatures -1 to +2 C., coldest over Munster and parts of Leinster. Breezy along Atlantic coasts but winds slacker elsewhere.

Sunny spells and showers on Wednesday and some may fall as hail. Top temperatures of 4 to 8 C., best along the south coast, with ongoing snow melt and excess surface water. Moderate southwest to westerly winds will be fresh and gusty in some Atlantic coastal areas.

Headline: Staying rather cold this week with the risk of frost and ice by night.

Wednesday night: Cloudy in the west with outbreaks of rain and lows of 0 to 3 degrees. Clearer further east with lowest temperatures between -4 and 0 degrees with frost and ice.

Thursday: Sunny spells and showers, some of the showers will be wintry on high ground. Highest temperatures will range from 5 to 9 degrees in light, westerly winds. Thursday night is looking very cold countrywide with widespread frost and possibly ice. Lowest temperatures between 0 and -3 degrees.

Friday: Dry, bright and frosty on Friday morning. However, cloud will build in southern counties by early afternoon and outbreaks of rain will move in. Other areas may stay dry. Highest temperatures of 5 to 8 degrees. Frost likely again on Friday night.

Saturday: It looks like rain will move up from the south in milder air. However, it may stay cold in the west and north with sleet or snow for a time, but nothing comparable to the recent episode.

Sunday: Still some rain and sleet and possibly quite cold, but details are uncertain.