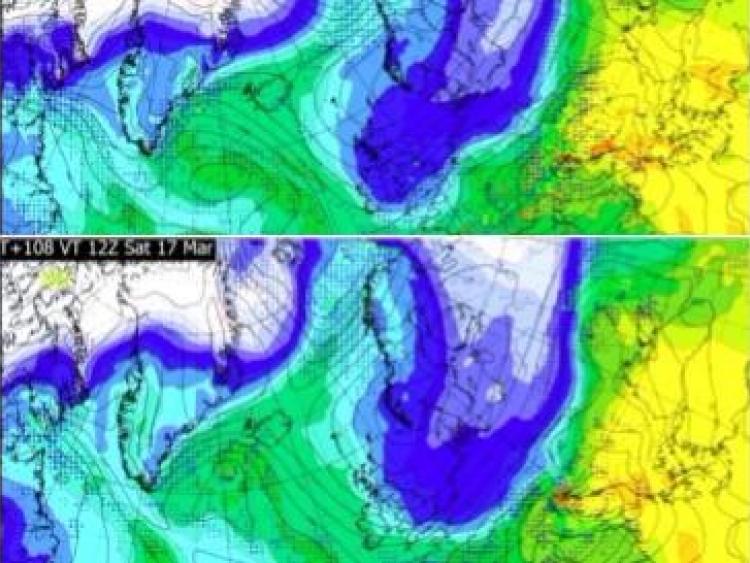 Met Éireann's weather forecasting partner in Britain says the jury is still out on whether snow will strike over St Patrick's weekend.

In its latest forecasts the Met Office says snow is on the cards but the amount and location will depended on whether a weather front over Europe pushes north west and collides with the cold front that will bring bitterly cold weather to Ireland.

A possible outcome could see cold weather over an extensive part of Ireland.

It has issued a Status Yellow warning for snow on Sunday. (watch forecast at bottom of story).

Met Éireann meanwhile is predicting snow flurries and freezing weather for the weekend.

Met Éireann says it will be cold and breezy on St Patrick’s Day, with a significant wind chill due to fresh and gusty easterly winds. Afternoon temperatures will be just 1 to 3 degrees in eastern half of the country and around 4 to 7 degrees further west.

Most places will be dry, but a few showers are likely, with the odd wintry flurry. Cold and frosty overnight, with clear spells and some sleet and snow showers.

The wintry showers will mainly affect eastern parts of Leinster, with just the odd flurry elsewhere. But amounts should be small. Lowest temperatures -1 to -4 degrees Celsius, with some widespread sharp frost and icy surfaces.