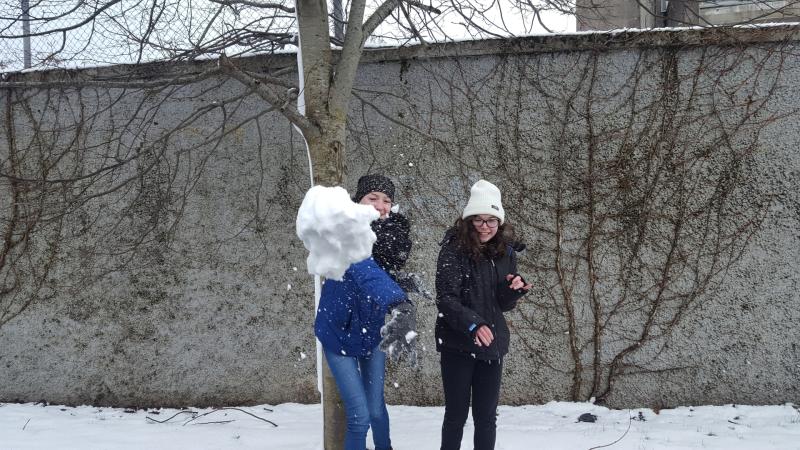 Snowball snapped by by Diana Stanaitiene during the weekend snow.

There is set to be a bit more bite in the unseasonal cold snap with a warning from Met Éireann of a very cold night to come.

The forecaster has issued a Status Yellow warning for the public to be aware of a low temperatures across Ireland overnight Monday until Tuesday morning.

While it will be dry, there will be sharp to sever frost. Temperatures will will dip to minus 3 or minus 4 degrees widely tonight, perhaps locally falling to minus 5 Celsius.

The warning is valid from just after midnight to 9am Tuesday Tuesday, March 20.

Met Éireann says early frost and any fog will lift to leave a dry day on Tuesday with long spells of sunshine and light variable breezes. Highest afternoon temperatures of 7 or 8 degrees.

Tuesday night will continue dry with light variable winds becoming southwesterly by the end of the night. Temperatures in the east will fall below freezing, down to as low as minus 3 degrees in places, but further to the west the strengthening southwesterly wind will bring slightly milder conditions and temperatures will remain mostly above freezing there.

Temperatures will begin to improve on Wednesday as those southwesterly winds take charge, reaching between 9 and 11 degrees in the afternoon. There will be some patchy rain, mostly affecting northern counties, but the bulk of the country will remain dry with bright or sunny spells, the best in the south.

Wednesday night will be mostly dry too and temperatures will be above freezing for most in light to moderate southwest winds.

Thursday will start out mainly dry with some brighter weather for the east in the morning, but thickening cloud will bring rain in to western coasts by the end of the morning, spreading eastwards in the afternoon. Temperatures around normal for the time of year and staying above freezing at night. Freshening southwesterly winds will back southerly during the day.

Friday will see further outbreaks of rain and winds of variable direction as a complex area of low pressure moves over the area. The winds will become northwesterly in the second half of the day.

The outlook for the weekend is for mostly dry conditions but with mostly westerly winds there's likely to be some showers at times.